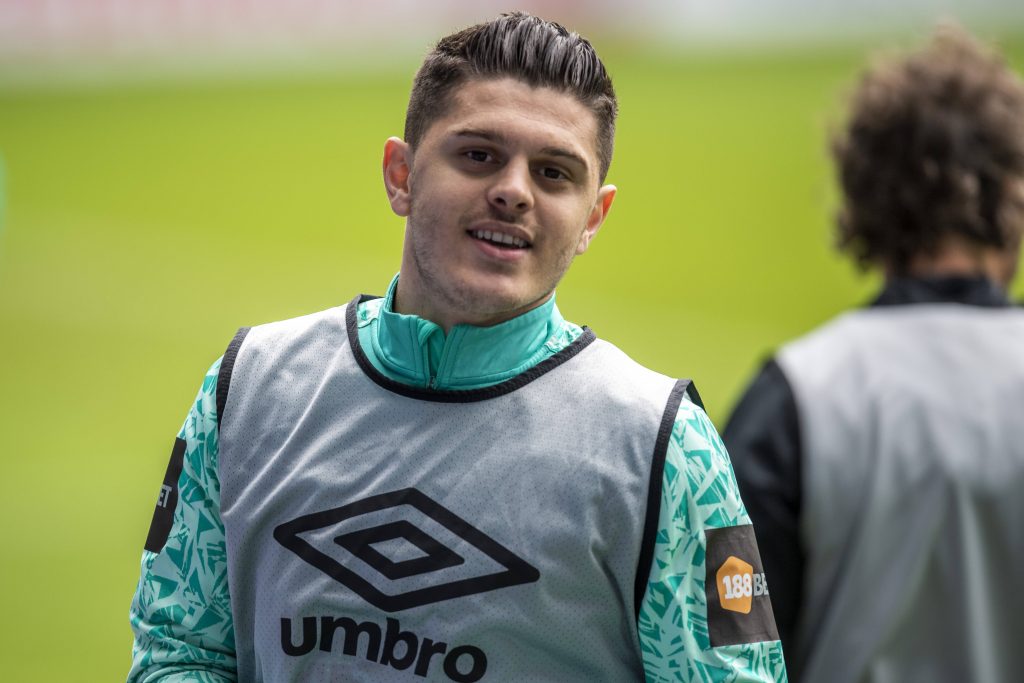 A section of Aston Villa fans have reacted on Twitter after Norwich City confirmed the signing of Milot Rashica from Werder Bremen.

The 24-year-old was heavily linked with Villa last summer, but the threat of relegation may have contributed to his decision to stay with Bremen.

Ironically, Bremen have now been relegated from the Bundesliga, and Rashica has joined the Canaries, who could face a tough relegation fight next term.

Norwich are back in the Premier League after a solitary season down, and they have already shown better transfer ambition than last time around.

Their deal for Rashica came out of the blue. Some Villa fans believe the Kosovo international could have a tough season with the Canaries.

Watch him score against us 😂

Rashica. A timelime.
▫️Summer 2020: Doesn't sign for Villa as he doesn't want to be in a relegation battle.

Man like Milot Rashica rejected Aston Villa because he didn't want to be in a 'relegation' fight just to sign for Norwich City the following season. 😭#avfc #ncfc

I wanted him so badly at Villa 😩
But I guarantee he’s going to be great for you and for under 10 million aswell, absolutely great transfer

Rashica had a good career with Werder, registering an impressive tally of 27 goals and 19 assists from 100 appearances in all competitions.

His recent campaign was hampered by multiple injuries but still ended up with three goals and five assists from 1,461 Bundesliga minutes.

Rashica can play anywhere across the attack. He has impressed with his quick dribbling skills, sheer pace and tendency to shoot at goal.

He could be the Canaries’ replacement for Emiliano Buendia and has a huge job next season as they look to preserve their top-flight status.

Buendia was hugely influential for them in their promotion campaign. The club recently sanctioned his sale to Villa for a club-record £38m fee.

Read: Premier League owners and how much they invested or ‘earned’ from their clubs.