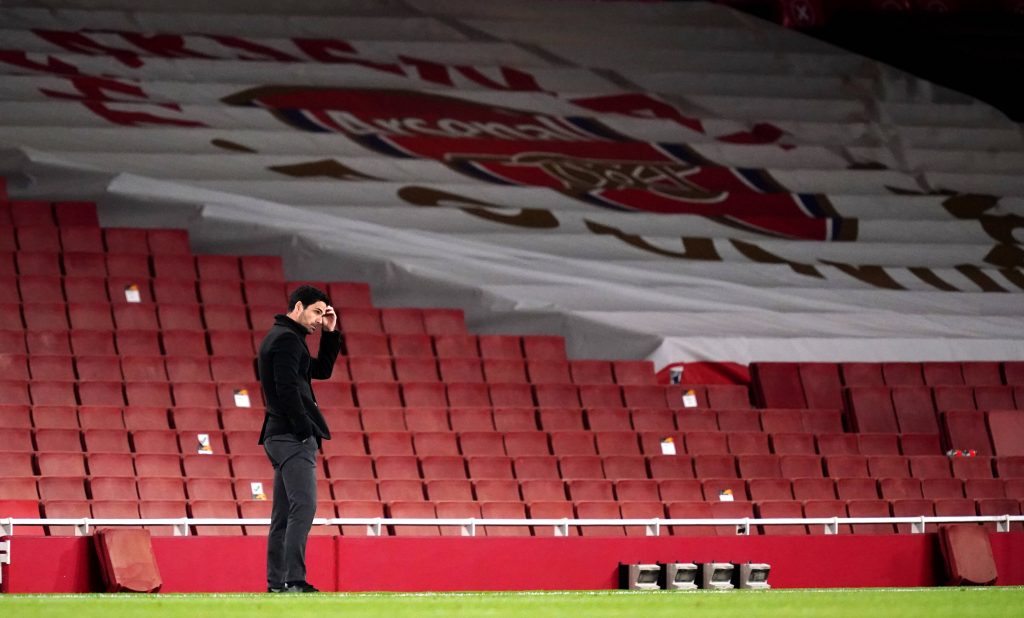 Arsenal went into their final game of the season with a chance of qualifying for the Europa Conference League.

Tottenham Hotspur’s victory at Leicester City ended their hopes, leaving the Gunners with plenty of things to ponder this summer.

There is a clear need for reinforcements if Arsenal want to force their way back into the upper reaches of the Premier League.

Let’s take a look at the players who might end up at the Emirates Stadium next season.

The on-loan Real Madrid midfielder has been one of the bright sparks this season. Slotting into central midfield, the Norwegian has shown shades of former Gunner Mesut Ozil with his passing range.

Sorting out a deal will be tough because it appears that Madrid want to keep him. Even if they were to sanction a sale, they would want a huge fee which the north Londoners might think twice about paying.

Without Champions League football, these big signings will be difficult. But Odegaard has shown in his brief spell that he fits in perfectly with this team and would be a good addition.

The Gunners have suffered this season for not having a proper back-up to Kieran Tierney. When the Scot got injured, it required the presence of players in unfamiliar positions.

This could be taken care of if they were to bring in the Southampton defender who is set to leave the south coast. As the full-back is available on a free, it makes plenty of sense to go after him.

The only factor that could be a problem is the competition from other clubs. But if the north Londoners can convince the Englishman, they will be getting a hugely experienced player for a nominal price.

Another playmaker that the club have been linked with could turn out to be the more feasible option. Whether the Gunners sign the Argentine will also depend on what happens to Odegaard.

But if the midfielder moves from Norwich City to north London, the Emirates would see an impressive creative presence. This is an area where Mikel Arteta’s men struggled with this season, and signing the 24-year-old would go a long way in solving that.

Buendia would be well suited to playing in Arteta’s system, and his versatility is a big plus. Having already played in the Premier League, the midfielder would need no time to get acclimatised, and that should help integrate him into the team.

The Mali international has had an amazing season for Brighton & Hove Albion under the guidance of Graham Potter. He is a vital cog in their midfield and has caught the attention of the bigger teams in the league.

As with other players on this list, there is competition for the midfielder’s signature, which is no surprise given how well he has played. For the Gunners, the 24-year-old would be the perfect foil for Thomas Partey.

Another signing that would require a huge fee, but it is worth a shot. The only factor that could hinder this deal is the interest from other clubs who might present a more tempting offer.

The Gunners are well stocked in the attacking department, but that could change depending on who leaves in the summer. One name that has been linked with the club is Celtic’s Odsonne Edouard.

The Frenchman has been in great nick for the Scottish side and has attracted a lot of attention from the Premier League. Apart from the north Londoners, there is also interest from the likes of Leicester City, Aston Villa and other clubs.

This is a signing that is more dependent on who remains at the Emirates but could happen due to the player’s age and value which is set at around £20 million.

Another central midfielder that has come under the radar is Berge, and he could be available for a bargain due to Sheffield United’s relegation. The Norwegian is technically astute and has the physical presence needed in the middle of the pitch.

It would be easier to sign the player if his compatriot Odegaard were to stay at the Emirates. This gives the north Londoners an edge over others, and he would be the perfect player to have at the base of the midfield.

Berge would allow the Gunners to get more out of Partey as the Ghanaian can roam forward with more freedom. Arteta and co need to be smart in the market, and this is the kind of transfer that would fall under that category.

This is one of those transfers that sounds more like a dream. But it is the type of superstar signing that can transform the club’s fortunes and move them closer to their rivals.

Before his injury, the Englishman was undoubtedly one of the best players in the Premier League, and any team would benefit from having him. It would take a huge fee to tempt Villa, but potential sales can help with this.

Grealish to the Emirates is unlikely to happen, but if the Gunners pull it off it would be a real statement of intent.

This is an important transfer window for the north Londoners, and it has the potential to determine the course of the club’s future.

Buying the right players is not always possible, but the targets mentioned here will improve the squad.

The club should also free up some space in the squad by showing the exit door to some of the players.

It also allows the Gunners to raise funds that are vital in making the transfers they want.

Arsenal need to show they are serious about challenging their rivals, and this summer is the time to do it.

Quality should be the keyword in any purchase being considered.