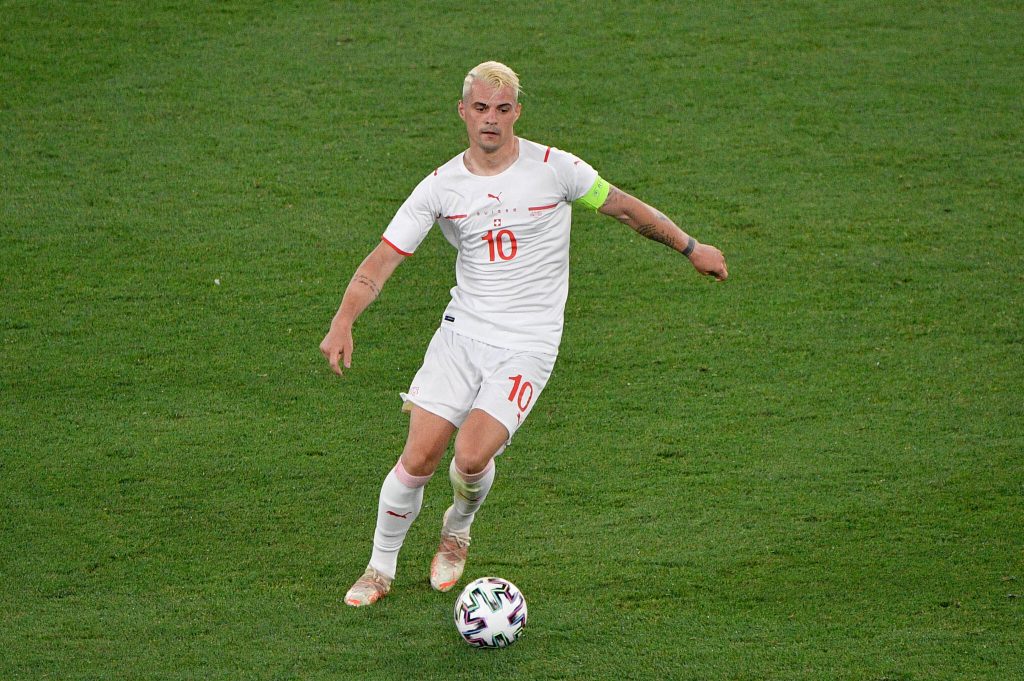 Arsenal midfielder Granit Xhaka could make the move to Roma next week ahead of their pre-season training camp in Portugal, Corriere dello Sport claims.

The £100,000-a-week star has already agreed personal terms with the Giallorossi, but there has been slow progress in terms of negotiating a transfer fee.

The Gunners have remained firm on their €20 million asking price, but it is now reported that the Giallorossi are on the cusp of reaching a transfer agreement.

Jose Mourinho’s side are prepared to pay €15m with €3m in the form of add-ons. A transfer is expected next week before the Giallorossi travel to Portugal.

The Gunners recently signed Albert Sambi Lokonga from Anderlecht, and the Belgian is likely to cover the void left by Dani Ceballos’ exit.

They are actively searching for another central midfielder, and Xhaka appears likely to head for the exit door in the coming days.

The fee has been the stumbling block for the Giallorossi, but it seems that they are about to reach a compromise over a package worth €18m.

The Gunners are looking into the future, and they have already signed Nuno Tavares and Lokonga and have a deal in place for Ben White.

All three of them are aged 23 and below, and manager Mikel Arteta plans to build a team that can deliver success in the long term.

Xhaka has been a key player for the club, but he has been inconsistent with his displays with the occasional tendency to make costly errors.

The Swiss has received a mixed reception from the fans, and it could be the right time to part company as his game time would be limited if he stays.

Xhaka has been a long-term favourite of Mourinho. A move to Serie A could bring the best out of him as the league is more tactical and less intense.