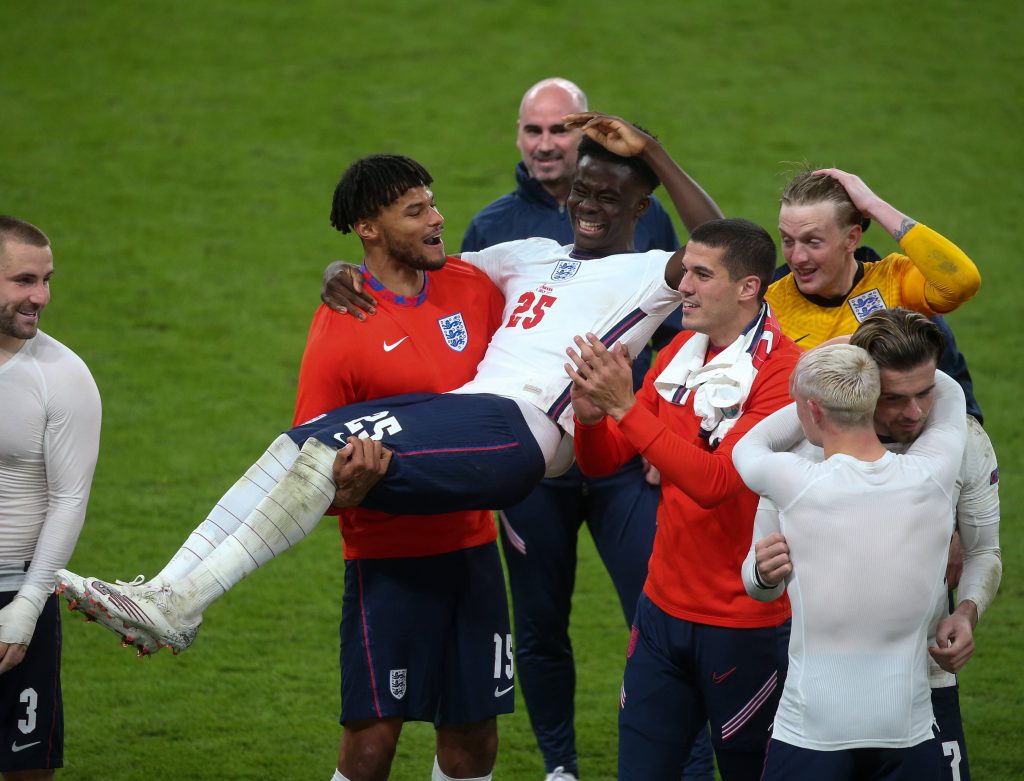 A selection of Arsenal fans on Twitter heaped praise on Bukayo Saka after his key contribution in England’s 2-1 win over Denmark in the Euro 2020 semi-final.

The forward missed the quarter-final against Ukraine with a minor ankle injury, and his replacement Jadon Sancho produced an impressive display in the 4-0 triumph.

Despite this, the new Manchester United signing dropped to the bench last night as Saka was reinstated into the starting line-up by manager Gareth Southgate.

Saka proved his worth by creating England’s equalising goal in the 39th minute. His attempted pass for Raheem Sterling was converted into his own net by Simon Kjaer.

The Gunners graduate was substituted in the 69th minute, but his indirect assist was the reason why the Three Lions managed to take the game to extra-time.

Harry Kane bagged the winner in the 104th minute after a controversial penalty. His spot-kick was saved by Kasper Schmeichel, but he scored off the rebound.

Several Gunners fans were delighted for the young winger, who was initially not fancied to make the starting line-up for the Euros.

Can’t believe I was worrying over whether Saka would even be in the squad and now his efforts have helped us into a final. https://t.co/InK5YCB0Tw

Saka in contention to start in a Euros final 🤞🏾

Saka producing huge moments for England in a semi-final playing in front of the home crowd at just 19 years of age. What a player.

Saka's runs in behind are something special, what a talent!

When Saka was picked in the 26-man squad, there were doubts whether he could play with competition from Raheem Sterling, Phil Foden, Jadon Sancho and Marcus Rashford.

Foden started the first couple of games on the right wing, but Saka was preferred ahead of him for the third as he faced the risk of suspension.

The Gunners ace produced a lively performance against Czech Republic to bag the man of the match award and kept his place for the 2-0 win over Germany.

Despite missing the Ukraine game due to injury, Southgate reinstated the €65 million-rated star in the starting XI against the Danes. He made it count with a vital scoring contribution.

The 19-year-old looks set to keep his starting spot for the final. He will hope to make a similar impact for England, who are eyeing their first major trophy since 1966.