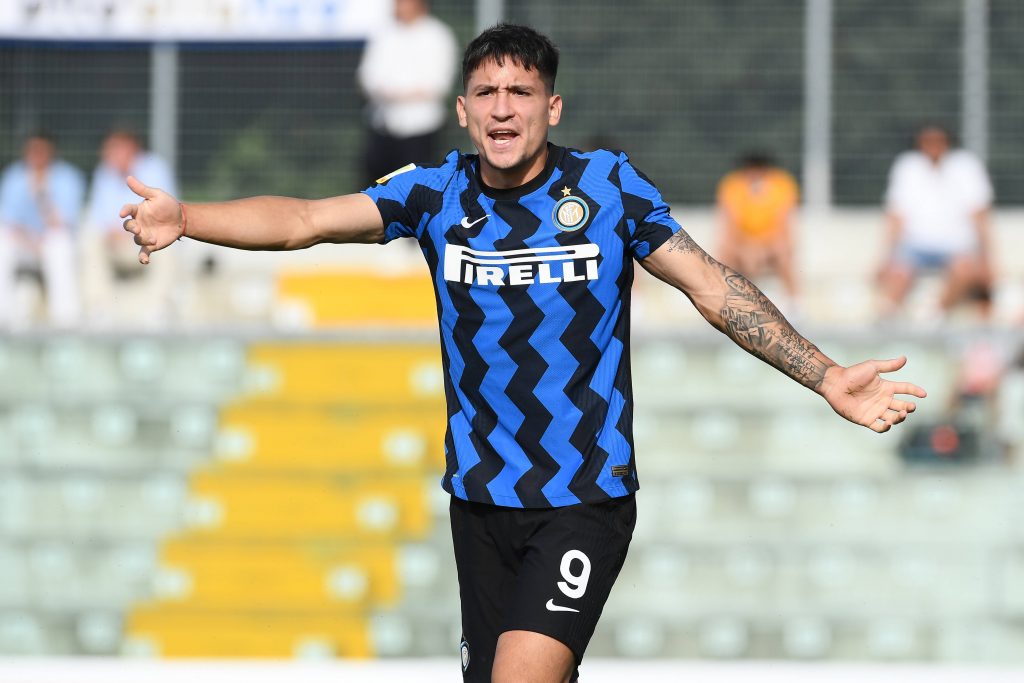 Arsenal and Tottenham Hotspur are among the Premier League clubs interested in signing Inter Milan striker Martin Satriano this summer, The Mail reports.

The Uruguayan has yet to make his competitive debut for the Nerazzurri, but he was on the bench for three Serie A matches last term.

The young striker has been playing for the club’s Primavera side. He registered 14 goals and six assists from 30 outings last season.

It is now reported that Arsenal, Spurs, Everton and West Ham United are keeping tabs on Satriano, who could be sold by the Nerazzurri this summer.

The club are facing financial concerns, and they have recently agreed to sell Achraf Hakimi to Paris Saint-Germain for €70 million to balance their books.

They need to recoup more funds before making new signings, and Satriano could head for the exit door without making an appearance for them.

Earlier this year, Satriano was linked with Arsenal and Chelsea, and he acknowledged that he was flattered by the transfer interest.

The 20-year-old still hoped to make his breakthrough with Inter, but it is unclear whether he will get the chance to prove himself.

It appears that he could head for the exit door and could be tempted to join Arsenal or Spurs if the opportunity arises.

However, he may struggle to break into the Premier League plans of either club and could be better served joining Everton or West Ham.

Both clubs are looking for a back-up striker this summer, and he could build his reputation by making an impact off the bench.