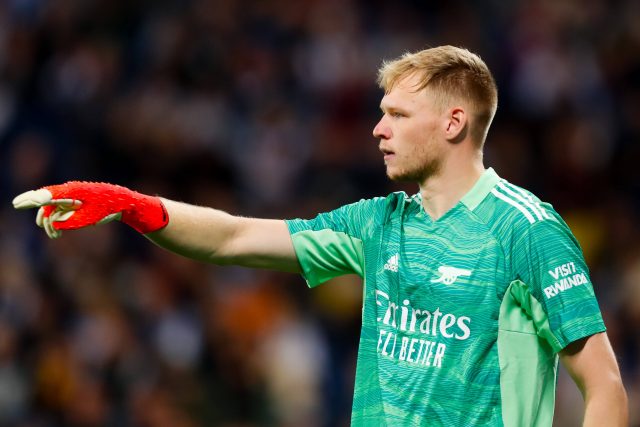 Arsenal signed Aaron Ramsdale during the summer transfer window from Sheffield United by paying a transfer fee of £24 million.

The 23-year-old has signed a four-year contract with the option of a fifth year at the north London club, and he is expected to provide an immediate cover and competition for Bernd Leno.

The Athletic claimed that Ramsdale was signed based on Mikel Arteta’s request. Arsenal’s technical director, Edu, wanted to bring other alternatives, but Arteta pressurised the board to bring the England goalkeeper to the Emirates.

Leno has been the first-choice keeper at the club, but following a disappointing start where Arsenal lost all three of their opening games, conceding nine goals, Mikel Arteta is thinking of replacing him in the next match.

According to reports from The Sun, Ramsdale has told his friends that he thinks Arteta will turn to him for Saturday’s Premier League clash against the Canaries.

If Ramsdale starts the match, it would mean some extra cash for the Blades as they inserted add-ons in his deal based on appearances.

Ramsdale was Sheffield United’s player of the season despite their relegation last term. He was also part of the Euro 2020 squad for England.

Leno’s future has been under speculation with Inter Milan reportedly keen to sign him next summer. He is unwilling to extend his Arsenal contract beyond the summer, and Ramsdale could replace him in the long run.

Arsenal badly need to return to winning ways, and Ramsdale has a good chance of making his debut against Norwich.