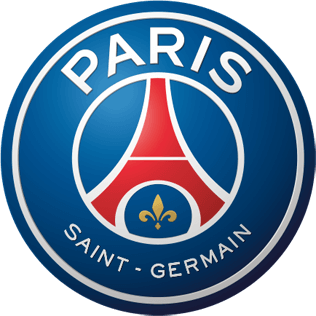 Less than 48 hours after Paris Saint-Germain (PSG) came away from the San Paolo stadium in Naples with a 1-1 draw with Napoli, the club has been rocked by serious allegations of systemic and institutional racism.

The stroke broke on French-based online investigative journal Mediapart, that it had found PSG’s chief scout for France excluding Paris – Marc Westerloppe – had introduced a policy requiring all scouts under his control to racially profile every player, they were watching.  This policy was intended to reduce the intake of black and Arab French players into PSG’s academy.

This story is truly shocking in its nature.

According to Mediapart, the practice of racial profiling by PSG’s scouting department had started in 2013 under Westerloppe’s direction. It listed players’ ethnic origins in a database like system as criteria for picking players. It had four categories for different ethnic groups which were: French, North African, West Indian and Black African. Mediapart go on to state that according to the minutes it had been handed of a March 2014 meeting amongst PSG’s youth football recruitment staff, regarding recruitment for its youth academy, Westerloppe had said ‘there is a problem with the direction of this club, a balance is needed on the mixing, there are too many West Indians and Africans in Paris’.

These accusations show Westerloppe’s frame of mind and intention in instituting this policy. It wasn’t to record ethnic origins of players for any merit based reason. Instead its purpose was to try and reduce the number of black and Arab players PSG recruited into its academy from outside of the Paris region. This is because in his eyes there were “too many West Indians and Africans in Paris”.

Not only is this policy hideous in theory but the practical implications are huge. There will be hundreds of young French players of African, Arab or West Indian origin who were denied the opportunity to play for PSG because of their ethnicity. In fact Mediapart report that one player, Yann Gboho, 17, who now plays for Rennes and France’s under 18’s was rejected by the club for its academy as a 13 year old because he was black. This policy has undoubtedly ruined lives and stopped dreams from becoming reality. There will be players who never made it because of this policy and that simply isn’t right. Ghobo is one of the lucky ones.

Many PSG fans on social media were up in arms about these allegations. Some claimed it was a conspiracy against the club. Others even went as far as to claim it was a witch-hunt. They said their club’s first team and youth teams had many black and Arab players so how can this possibly be true.

The answer is simple. There are a lot of black and Arab players playing youth football in France so you can’t stop them all. If this policy stopped 100 black and Arab players from joining PSG, there will always be others that did join PSG. It’s a numbers game. So anyone who tries to argue PSG’s first team and youth teams are evidence these allegations are conspiracy are wrong.

The saddest thing about this whole affair is that it was allowed to go on for so long. Mediapart claim it rumbled on for 5 years from 2013-2018 with PSG refuting this. It says it stopped this policy in late 2017 when these allegations were put it by Mediapart. Either way for such a damaging policy to have been in operation for so long is remarkable.

PSG have attempted damage control since this story came to light. It released a statement in which it said it has “opened an internal investigation” and the actions were “purely on the personal initiative of the person in charge of this department”. Noticeably and most importantly it has not denied any of the accusations levelled at it by Mediapart.

It’s a shame that football which is supposed to be the beautiful game, a game based on merit where anyone from anywhere can reach the pinnacle of the sport is again mired in such controversy. It brings back memories of the 2011 investigation by Mediapart which exposed senior management of the French National Team attempting to orchestrate a plan to increase the number of white players in France’s national teams, specifically at youth level, through a racial quota.

Sadly, that story was forgotten, all too quickly. Just like the serious allegations against West Ham and its recruitment policies involving African players.

This time, it’s PSG. France’s biggest club. One of Europe’s truly elite cubs. So surely these revelations won’t be consigned to history so quickly.

Something significant has to be done to put this right and fast.