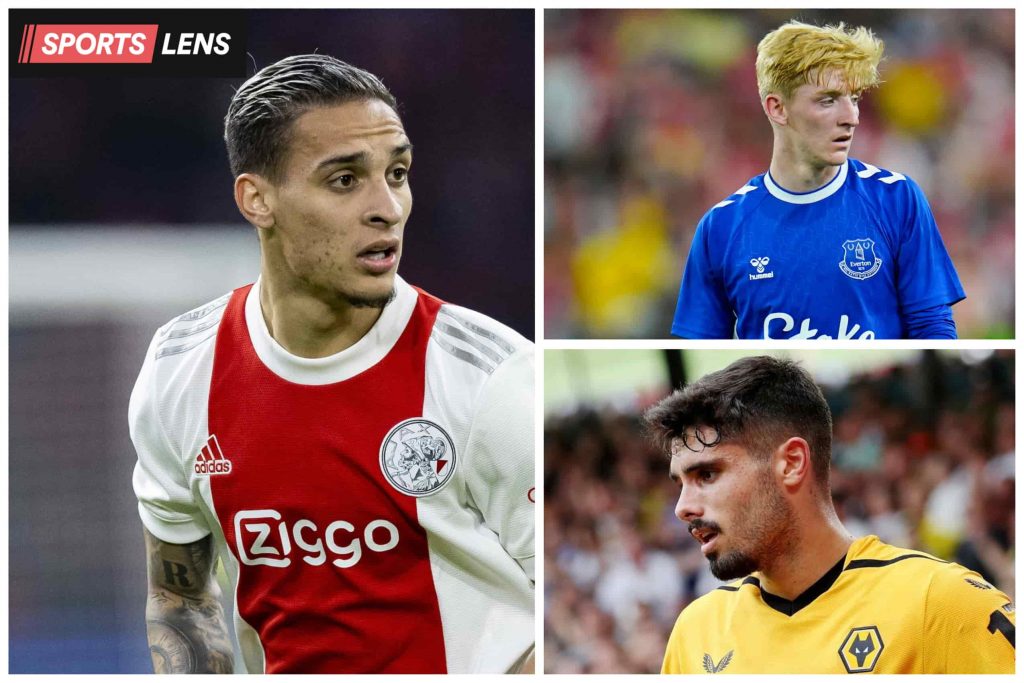 With the transfer window set to close on September 1st, clubs are scrambling to secure any last minute acquisitions and there is seemingly lots of business still to be conducted.

Arsenal have been one of the busiest sides in the window over the summer having already added five names to their roster.

However, much has been made of a mystery winger whom they have been interested in signing since the start of the window. With the club eager to offload Nicolas Pepe after a disastrous spell in North London, it could leave the Gunners very thin in regards to attacking wide players.

🚨 Arsenal transfer priority is Pedro Neto. Discussions for over a month – #AFC to Jorge Mendes, Mendes to Wolves. #WWFC don’t plan to sell 22yo winger yet + Arsenal can’t spend excessively so deal not easy. But interest concrete & unanimous @TheAthleticUK https://t.co/ejcYbCVmfv

It has now been revealed that Pedro Neto of Wolves is the mystery man, and the club have already begun initial talks over a potential deal. Despite this, Arsenal may be priced out of a move given the 22-year-old will likely cost in excess of £45m, and the league leaders have this morning been named among 20 sides being investigated by UEFA for Financial Fair Play breaches.

Certainly one to keep close tabs on.

Following the announcement of Casemiro, it seems Manchester United are intent on adding further improvements to the squad.

They had an initial £67.5m bid turned down for Ajax’s mercurial Brazilian Antony last week, who was an integral part of Erik Ten Hag’s Eredivisie winning side last season. The Dutchman has been keen for the club to bring in Antony, who’s blistering speed, fleet-footed control and bullish determination would suit the Premier League’s intensity.

The Dutch champions are adamant that he is not for sale, but they may be forced into a move if the price matches their demands after the winger sat out training last week.

He was also pictured watching United claim victory over Liverpool on Monday evening – it looks as if he is keeping tabs on his potential new teammates.

Antony and his agent 👀 pic.twitter.com/vU8HwM3LlK

Less than a year after being forced out by Arsenal in the January transfer window, Pierre-Emerick Aubameyang looks set for a return to the Premier League.

Despite enjoying a fruitful spell at Barcelona so far with 11 goals in 17 league games, the 33-year-old is likely to leave Catalonia should a sufficient bid arrive given the state of the club’s financial shortcomings. They are still unable to register new signing Jules Kounde, and the sale of Aubameyang would free up a substantial chunk on their wage bill.

Important hours ahead for Aubameyang and Depay deals. 🚨🔵 #FCB

▫️ Depay ready to terminate Barça contract, but waiting for Juve to decide as Arkadiusz Milik is the other option. pic.twitter.com/oV11dTHb28

With Chelsea misfiring against Leeds over the weekend, it was glaringly obvious the Blues are in need of a focal point in their attack. Whether an ageing Aubameyang, who was pushed out of Arsenal and stripped of his captaincy less than year ago, is the answer remains to be seen.

Although the Toffees have long maintained the talented 21-year-old is firmly in their plans for this season, Chelsea are reportedly prepared to make a mind-boggling £60m bid before the end of the window.

I know…we are just as puzzled as you are. Indeed, he is supremely talented, but a fee of that magnitude is a somewhat of a head-scratcher. It is certainly indicative of the kind of spending we have seen from the Blues already, but also from the rest of the league.

The morning after the night before.

Liverpool were subject to a crushing defeat at the hands of Manchester United on Monday evening, leaving them without a win after three games and seven points off league leaders Arsenal.

Jurgen Klopp bemoaned the injuries to his midfield in recent weeks, but the Reds’ were carved open with ease in the most recent defeat, while draws with Fulham and Crystal Palace were no different.

🇪🇨 Moises Caicedo is on a different level at Brighton pic.twitter.com/k1eUZQMzDQ

When speaking to the press regarding the future of Naby Keita, the German said; “There’s no chance (he will leave). No. Naby will not go but if he would – but he will not do! – then there must be a replacement of course, it’s clear.”

While he is adamant Keita will not exit the club, it seems the board would be ready replace him and Brighton’s Moises Caicedo is said to be high on their list. At just 20, the Ecuadorian has shown incredible ability when operating as a deep-lying midfielder.

His physical presence as a box-to-box ball carrier, ability to recycle possession and uncanny ability to read the game are all attributes that Liverpool are crying out for.

Check out our list of the best football betting sites