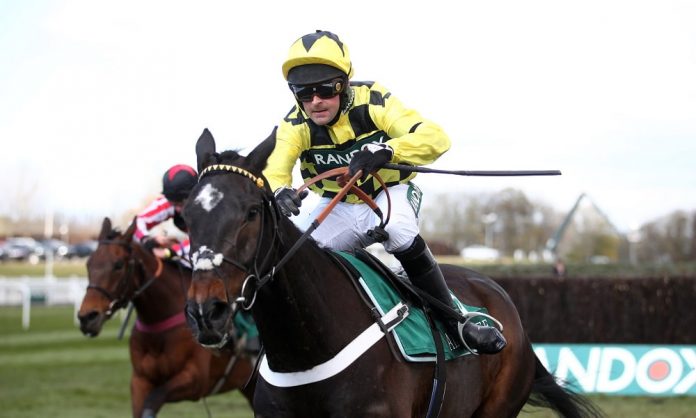 Two of the most exciting two-milers in training collide in the feature race at Ascot on Saturday, 22 January, the Grade 1 Clarence House Chase (3:35). This year’s renewal is all about the clash between Irish raider Energumene and Shishkin. Better late than never as many hoped for it last season. Who do our experts side with? Read our Clarence House Chase tips below.

But first, the stats and trends. Since this race became a conditions contest, 12 of the 14 winners were aged between seven and nine. Both of the market principals sit slap bang in the middle of that profile as eight-year-olds. Recent renewals also show it takes at least one previous run in the campaign to win this.

Favourites have an excellent record too. Nine of the last 12 Clarence House Chase winners were the market leader, so horse racing betting sites often get their market right. Ratings wise, it takes a horse right at the very top for success in this race. A mark of 165 or more is the norm with last year’s victor an outlier.

That highlights how stats and trends aren’t flawless. However, all recently successful horses in the Clarence House previously ran between three and eight weeks beforehand. There are no quick turnouts in a race of this magnitude. Prior wins at the 2m trip almost goes without saying. It’s time for our 2022 Clarence House Chase tips from SportsLens horse racing experts.

Why Shishkin is favourite in the Clarence House Chase betting

Across both guises of this race, first as a handicap and then a conditions chase, Nicky Henderson has a joint-record five winners. Equine greats Sprinter Sacre and Altior appear on its roll of honour, so Shishkin must win it too to live up to their legacy. This is a first visit to Ascot for the eight-year-old Sholokhov gelding.

Shishkin maintained his undefeated streak over fences with an eased down 10-length romp in the Desert Orchid at Kempton on reappearance. He left the gallant Tingle Creek winner Greaneteen for dead on the run-in. That enhanced his record to four from four at that right-handed venue. Going this way round at Ascot is no problem, then.

Victory in the Clarence House Chase moves Shishkin on to 10 consecutive victories. He hasn’t actually lost a race under Rules in which he has completed yet. Opposition and online bookmakers alike have been running scared from Shishkin for some time now. He only has four rivals at most for the eighth time in his last nine outings.

According to the official handicapper, the Cheltenham betting favourite for the Queen Mother Champion Chase is 1lb ahead of his main market rival. With Henderson saddling four runners to victory at Kempton last Saturday and more winners during the week, the stable is in form.

It’s easy to see why Shishkin, one of the most exciting jumps horses in training is odds-on at 8/13 with William Hill for success here. Whether he is any value as a betting proposition at that price, however, is another matter.

Bet on Shishkin with William Hill

Energumene a major danger for Mullins

Un De Sceaux gave master Irish trainer Willie Mullins a hat-trick of wins in this race between 2016 and 2018. Energumene tries to follow in those hoofprints on his first British start under Rules. The eight-year-old shares the same sire with Un De Sceaux with Denham Red fathering both.

After winning a British Point-to-Point at Larkhill, Energumene moved across the Irish Sea with owner Tony Bloom sending him to Mullins. His own undefeated streak stands a seven races including a bumper and hurdles win. It is over fences where Energumene has excelled, though.

Following bloodless victories at Gowran Park and Naas last season, he completed his hat-trick in the Irish Arkle. Energuemene jumped Captain Guinness off his feet and had the opposition strung out the length of Leopardstown’s home straight. He missed Cheltenham with a slight setback but continued his string of impressive displays at Punchestown.

Energumene beat Fairyhouse Gold Cup scorer Janidil at a canter. He looked as good as ever when taking the Hilly Way Chase at Cork on reappearance, for all there was no real opposition. The Clarence House Chase is his stiffest task to date but Energumene has the breeding and class to be a real danger to the favourite. He is 7/4 with most bookies for a statement making win.

Bet on Shishkin with William Hill

Others playing for places

This looks a whole lot tougher than the renewal First Flow won 12 months ago. While trainer Kim Bailey isn’t afraid of the big two in the betting, as a 10-year-old he is obviously vulnerable. First Flow proved his stamina with a successful return to action in the Peterborough Chase at Huntingdon over further.

It may not be of much use to him here, however. On official figures, First Flow has 10lb and 9lb to find with the big guns respectively. Only one horse of his age, the phenomenal and aforementioned Un De Sceaux has won the Clarence House Chase since it has been a level weights contest. The only other 10-year-old to win it was Desert Orchid.

First Flow is not that calibre of horse. The Primary gelding made remarkable progress out of handicaps last season but is now against two of the best two-mile chasers on the planet. Hitman could still be open to further progress but six-year-olds have a poor record in this contest.

Paul Nicholls has five wins in the Clarence House Chase too but none since 2015. Hitman was second to stable companion Greaneteen in the Tingle Creek; so, on a form line through that one, has tons to find with Shishkin. Amoola Gold is 21lb below the favourite, according to the handicapper, for Dan Skelton, so doesn’t have much hope either. It is no wonder, then, that William Hill are 8/1 bar the top two.