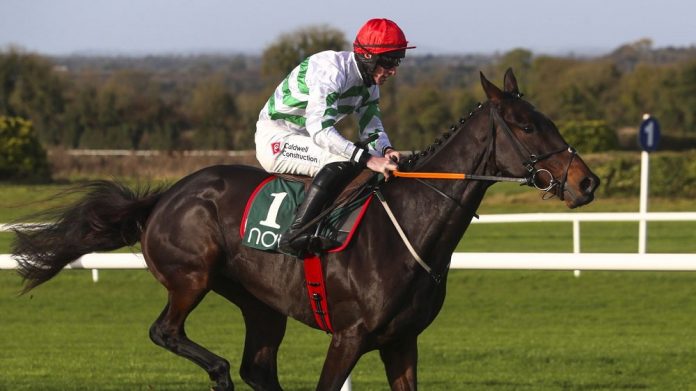 At Newbury on Wednesday, 29 December, the feature race is the extended 2m 4f Challow Hurdle for novices (3:05). This Grade 1 contest has a roll of honour that includes Bindaree, Denman, Wichita Lineman, Reve De Sivola, Champ and Thyme Hill. See who SportsLens experts fancy this year with 2021 Challow Hurdle tips in the offing.

In all but two of the last dozen renewals, the minimum official rating of successful horses has been 143. A couple in that time didn’t have a mark but the default position with those Challow Hurdle winners has been to give them one of 150 afterwards. Course and distance success has become a recent factor with two of the last three victors scoring at Newbury before returning for this.

Favourites have a strong record over the last decade. In that time, seven outright or joint market leaders obliged, so horse racing betting sites aren’t usually wrong about this race. Six of the eight most recent Challow Hurdle winners came to Newbury off at least two runs after a break. It has been possible to land the spoils off just one outing but clearly race-fit horses are most successful here.

Six of the last seven victorious did so with their last run being between four and seven weeks beforehand. Looking slightly further back, trainers have got away with running their horses three weeks ahead of the contest too. Since 2010, six five-year-olds and four six-year-olds have won the race, so that is the age profile. That is what stats and trends tell us, so now let’s get stuck into those 2021 Challow Hurdle tips from Newbury.

Why Ginto is favourite in the ante post Challow Hurdle betting

Irish trainer Gordon Elliott has two eye-catching entries representing owners Noel and Valerie Moran at the penultimate declaration stage. Whether either shows up remains to be seen but Ginto would be a formidable opponent for the home team. This five-year-old Walk In The Park gelding has won four of his five career starts.

Since Day One, who chased Ginto home in an Irish Point has since won both of his hurdles starts in the UK. Only Whatdeawant, another that has scored over obstacles subsequently, was too good for him in a Fairyhouse bumper. Ginto has landed all three of his starts at Navan after that.

After winning an Irish National Hunt Flat race at the second attempt, he made all on an encouraging hurdles bow following a summer break. The easy nature of Ginto’s win meant he was well worth a crack at a higher level. He then completed his hat-trick in the Grade 2 Navan Novice Hurdle when last in action.

Ginto left useful bumper horse Eric Bloodaxe for dead on the run-in, scoring by 11 lengths in facile fashion. Mr Fred Rogers, a further 6 1/2 lengths back in third, has gone in since, defeating Cork Grade 3 winner Nell’s Well conceding weight at Thurles. It’s no wonder, then, that William Hill make him their 7/4 favourite for Challow Hurdle success if he turns up at Newbury.

Bet on Ginto with William Hill

Stage Star the pick of Nicholls pair but needs more

Reigning British champion jumps trainer Paul Nicholls has won this race three times before, including with Bravemansgame 12 months ago. He has two entered in this renewal with the market clearly favouring Stage Star. The only course and distance winner in contention, this five-year-old Fame And Glory gelding placed in black type bumpers last term.

That smart National Hunt Flat race form bodes well for tackling longer trips. Stage Star proved that with a successful hurdles bow at Chepstow. The third home, Young Butler, came out and won his next start. Stage Star then easily followed-up here despite a penalty. The problem with his hurdles form is he was long odds-on to win both times.

The Challow Hurdle demands more. That is also reflected in the Stage Star having an official rating of 139. Similar comments apply to the favourite Ginto, but that one has at least won a graded race in style. Stage Star is plenty short enough at 2/1 here. Nicholls’ other runner, Mr Glass, drops back in trip but that may be no bad thing with three of the eight most recent winners doing likewise.

Like Ginto, Mr Glass is four from five with his sole defeat coming here first time out in a bumper. Those home in front of the five-year-old Sholokhov gelding were very useful. The winner, Skytastic, followed-up under a penalty, while runner-up Orbys Legend landed the Grade 3 Silver Trophy Handicap Hurdle at Chepstow.

Mr Glass won his next two National Hunt Flat races. He built on that with victories at Chepstow and Newcastle. An opening mark of 129 could be lenient, but again this race requires another step forward. That is why Mr Glass is as big as 15/2 in places. Others outside of Ditcheat may have stronger claims.

Lossiemouth looks one to consider

Trainer Tom Lacey has a much-improved horse this season in Lossiemouth and he looks well worth a crack at this level after bolting up last time out. One trend we didn’t mention above is that a number of recent Challow Hurdle winners took in a Grade 2 Ballymore Trial, either at Cheltenham or Sandown, en route. Lossiemouth stormed home at the latter venue, landing the Winter Novices Hurdle by 14 lengths.

While the handicapper didn’t take the winning margin literally, assessors have still raised his official rating by 8lb to a mark of 144. That puts Lossiemouth, a six-year-old Makfi gelding, into the necessary bracket for this contest. It is easy to pick holes in the form, but there’s no getting away from the fact that this horse has been enjoying a real purple patch of late.

Lossiemouth does look relatively exposed compared to some of his rivals, but that didn’t stop him winning at Sandown and completing a hurdles hat-trick. The Challow Hurdle betting with online bookies certainly suggests that punters should take him seriously. At a top-price 100/30, Lossiemouth could well land the four-timer with those odds sure to shorten if the Irish raiders don’t come.

Bet on Lossiemouth with William Hill

Gringo D’Aubrelle has solid each way claims for Challow Hurdle

Elliott could also run Gringo D’Aubrelle. Also representing Noel and Valerie Moran’s Bective Stud, this five-year-old son of Saddler Maker won an Irish Point and then ran third in a Thurles bumper on Thyestes Chase day in January. There has been clear improvement in him since then. Gringo D’Aubrelle chased home Blazing Khal on his hurdles bow at Galway on reappearance.

Being a beaten favourite looked disappointing at the time, but hindsight is a wonderful thing. The winner has since landed two Grade 2s at Cheltenham including the Ballymore Trial at the November Meeting before following-up and landing the hat-trick in an Albert Bartlett Trial. That gives the form a very strong look indeed.

Gringo D’Aubrelle then bolted up by 10 lengths in a Navan bumper and made it second time lucky over hurdles at Fairyhouse’s Winter Festival. Stepping him up in grade and trip looks the next obvious move. Punters face something of a quandary here, however. Elliott and owners probably won’t run both Gringo D’Aubrelle and Ginto.

However, there is plenty of juice in ante post odds of 7/1 about the former in the Challow Hurdle. It appears as though Ginto is connections’ first string but Gringo D’Aubrelle represents a value alternative. Both hold early closing entries in the 2m 4f Grade 1 Lawlor’s Of Naas Novice Hurdle, so will surely be kept apart.

Back Gringo D’Aubrelle each way with William Hill

Hillcrest may be best each way value

In the event that Elliott’s duo don’t run at Newbury, plenty of others will fancy their chances of hitting the frame. Olly Murphy pair Go Dante and Doctor Ken will have their supporters, while the Dan Skelton stable could run West Balboa. Of those at bigger odds, though, Hillcrest has won a couple of novice hurdle races up north very nicely.

Trained by Henry Daly for the late Trevor Hemmings, this six-year-old son of Stowaway built on a Wetherby bumper win with success on his bow over obstacles at Aintree this autumn. Hillcrest showed battling qualities to get back up when headed at the final flight and prevail. He then followed-up back at Wetherby when entitled to do so but had the opposition well strung out and many pulled-up.

It’s probably a big jump to Grade 1 level, given those exploits earned him a 128 rating. However, Hillcrest has also seen his Doncaster bumper debut conqueror Wiseguy win over hurdles at Town Moor. On a form like through Harper’s Brook, there is no obvious reason why he should be able to defeat Lossiemouth. However, Hillcrest could outrun best odds of 14/1 and sneak into the frame if he continues his progress.

Back Hillcrest each way with William Hill