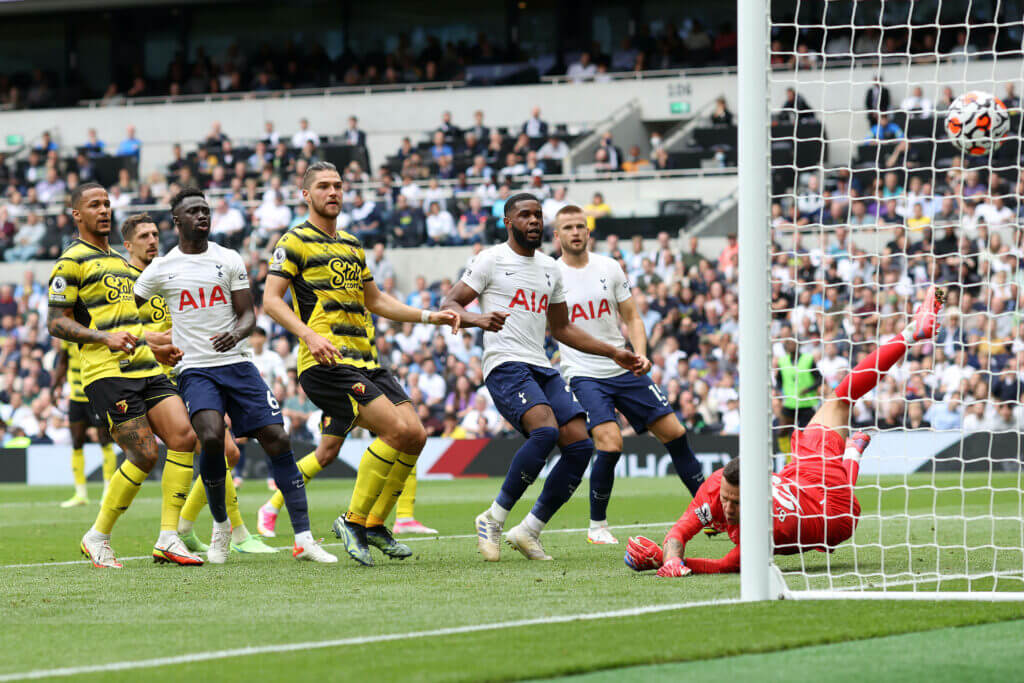 Tottenham Hotspur have now won three games in a row in the Premier League after beating Watford 1-0 at home on Sunday afternoon.

Heung-min Son marked his 200th Premier League appearance with the winning goal as Spurs maintained their 100% start to the season under Nuno Espirito Santo.

Former Tottenham player Graham Roberts took to Twitter to express his reaction after the victory.

He praised defender Davinson Sanchez and Pierre-Emile Hojbjerg for their brilliant performances against the Hornets.

Job done and fantastic to see @daosanchez26 have another very good game and the rest of the defence looking very strong . @hojbjerg23 was excellent as well! 9 points in the bag enjoy the break! COYS

Spurs have now moved to the top of the Premier League table heading into the international break.

Sanchez has been simply brilliant this season. There was speculation about his future, especially after the arrival of Cristian Romero from Atalanta.

However, the Colombian has been rock solid at the back alongside Eric Dier, and the duo have now kept three clean sheets in the Premier League.

Japhet Tanganga and Sergio Reguilon have also been impressive as well at the back.

The midfield is one area where Tottenham are looking to add one or two players before Tuesday’s transfer deadline.

Moussa Sissoko has joined Watford while the future of Harry Winks remains uncertain.

Hojbjerg has been the epitome of consistency for the north London club. The imperious Dane controlled the midfield with great aplomb and was all over the pitch during today’s win.

It’s been an encouraging start for Spurs under their new boss. They must now focus on transfer matters and bring in some quality players in the next two days.

A striker and a midfielder should be their prime targets.