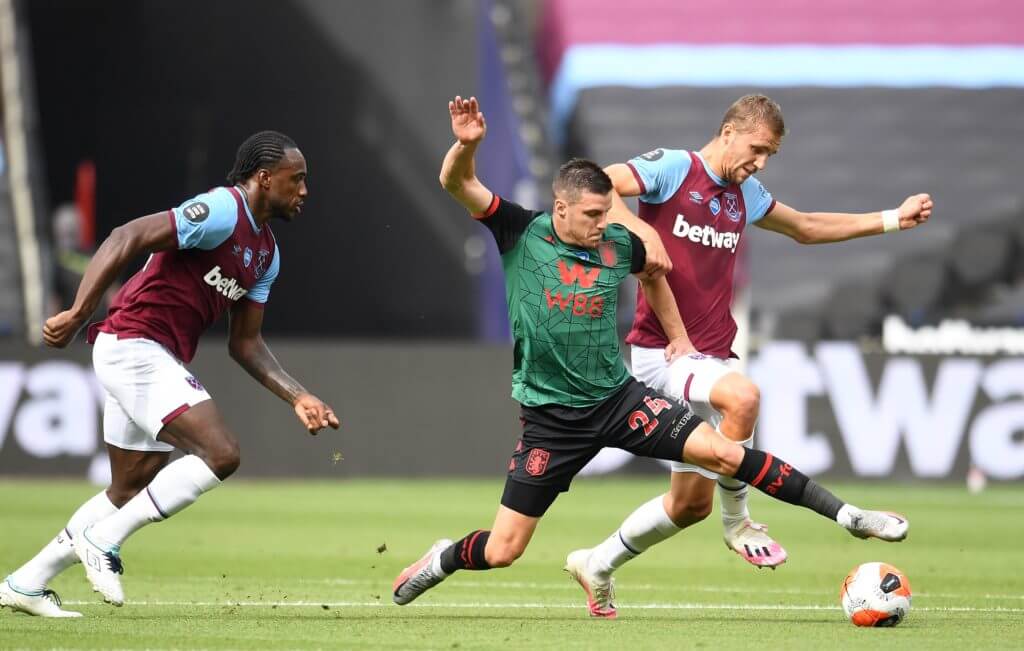 Frederic Guilbert has dismissed speculation about his future by stating on Instagram ‘I love this club’, and ‘I’m very happy here’.

France Football had reported previously that there was interest from several sides across the Premier League and Championship for Guilbert suggesting the 25-year-old’s time at Villa could be up.

The right-back has quashed those rumors on Instagram by suggesting that he is not looking to leave the club this summer.

Villa have bolstered their defence this summer by signing Matty Cash last week. The move came as a surprise to many as Dean Smith already has two right-sided full-backs in Guilbert himself and Ahmed Elmohamady.

Cash is a versatile player who can play in the middle of the park or as a winger. Likewise, Elmohamady can play further forward. It means Smith has plenty of options to chose from.

The Frenchman, who joined Villa in the January transfer window of 2019, made 29 appearances for the club in all competitions last season. Guilbert has done well for Villa, and his message clearly states that he doesn’t want to go anywhere.