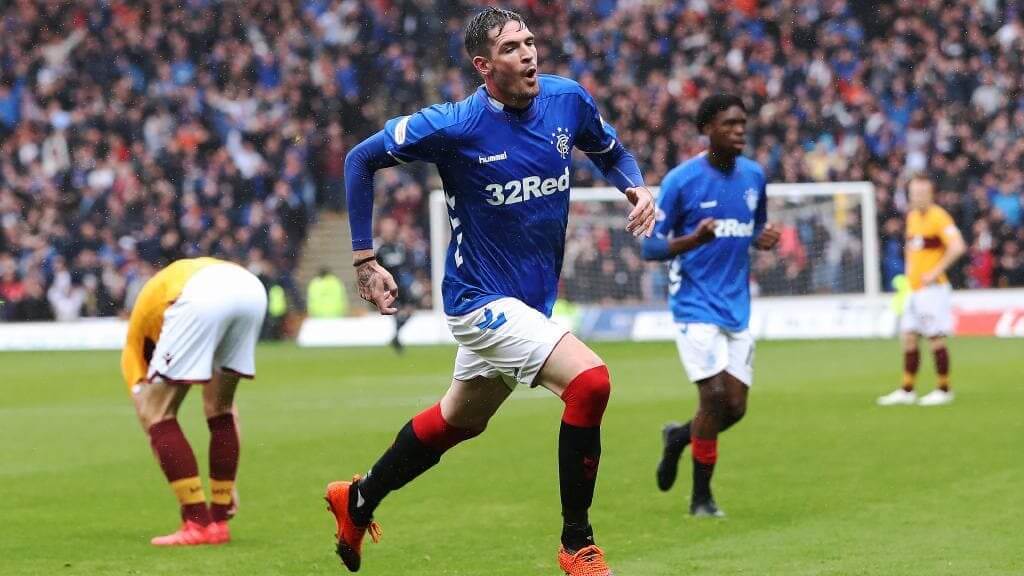 Rangers were held to a 3-3 draw against Motherwell over the weekend but new signing Kyle Lafferty put on a superb display.

The 30-year-old striker resigned with the Scottish giants last week and he managed to score an important brace for his side against Motherwell.

BT Sport pundit Chris Sutton praised the striker for his performance and claimed that he made a big difference for his side on the day.

“I’ve got my doubts about him, I still have… But he looks REALLY motivated.”

“He’s the difference.”@chris_sutton73 has been impressed by Kyle Lafferty’s return to Rangers, but he’s not getting carried away ? pic.twitter.com/G4P7tBh8Gl

The popular pundit also added that he is yet to be convinced by the new Rangers signing despite his showing against Motherwell.

Rangers fans will be delighted to see that their new signing is already making an impact. The Scottish side have started the season well and are unbeaten in all competitions.

They will be hoping to push Celtic for the title and someone like Lafferty could indeed make a big difference over the course of the season.

The experienced striker is a proven goalscorer in Scotland and he will be the ideal mentor for the highly talented Alfredo Morelos as well.