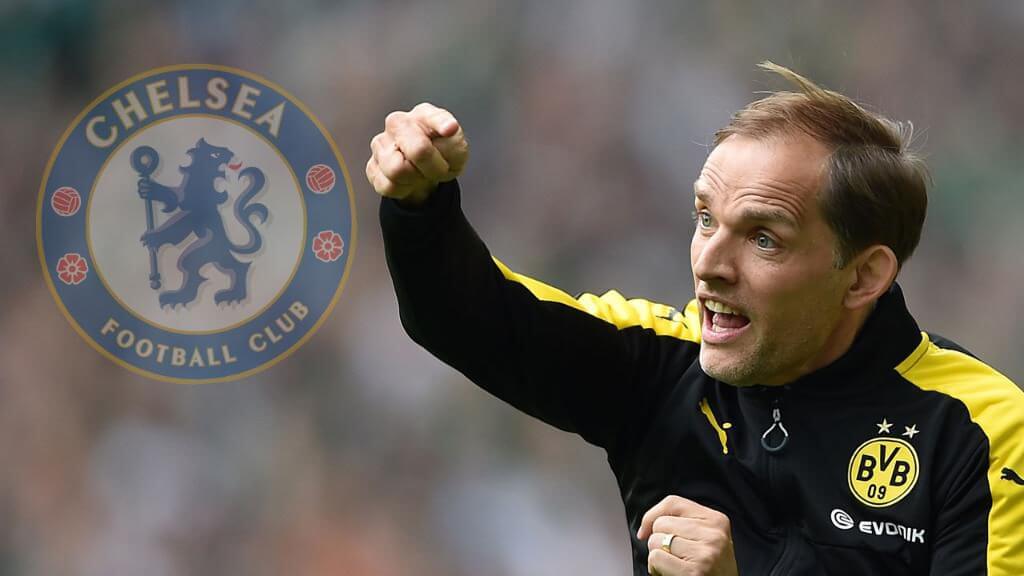 Chelsea are looking to bring Thomas Tuchel to Stamford Bridge according to the latest reports from Germany.

SportBild are reporting that Conte’s relationship with Roman Abramovich and Marina Granovskaia has deteriorated since the start of the season.

Apparently, the club is losing patience with Antonio Conte and they have already started to look for replacements. SportBild are claiming that the defending champions have identified Thomas Tuchel as a target.

The report adds that Luis Enrique was an option to replace the Italian as well but Tuchel is the frontrunner for the job now.

Tuchel left his post as the Dortmund manager at the end of last season and it should not be too difficult to convince him. Chelsea are one of the biggest clubs in the world and the chance to coach them should appeal to the 43-year-old.

The former Dortmund manager has had a break since leaving the club and is ready to return to management once again.

It will be interesting to see whether Chelsea decide to see out this season before getting rid of Conte. It seems highly unlikely that they will sack a title winning manager immediately.

Sportwitness have translated SportBild’s information on the situation in details. Their report reads:

Granovskaia, who is considered to be the most powerful woman in world football, has apparently already been informed about Tuchel in detail and has decided on him as a new Chelsea coach. The relationship between the hard lady and the stubborn coach is more than tense. From England, it can be seen that Conte has no more direct line to his boss. She wants Tuchel. The Russian doesn’t mind the fact that it isn’t easy. She is not looking for a buddy for joint pub visits, but a new successful trainer. Tuchel would be interested.