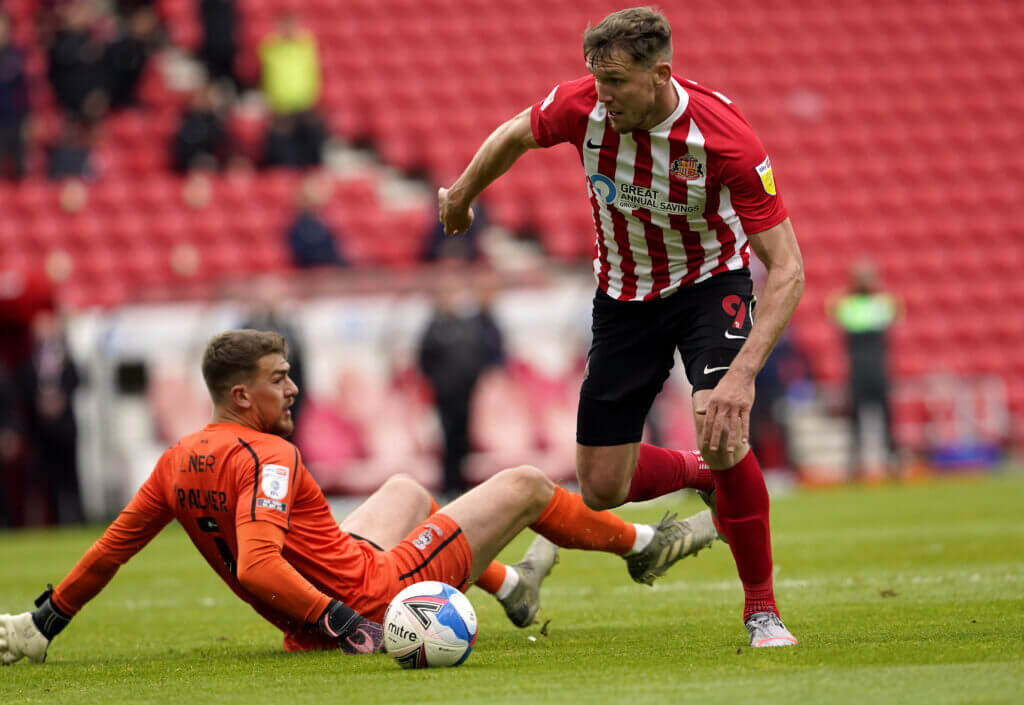 Celtic are reportedly confident of signing Charlie Wyke in the summer transfer window.

After a disappointing 2020-21 campaign, this is a huge summer transfer window for the Bhoys.

A massive rebuilding process is expected at the club under Ange Postecoglou, and a new-look squad could be formed.

The Northern Echo are reporting that the Scottish giants are ready to put an offer on the table for Wyke.

The 28-year-old is set to be a free agent this summer with his contract at Sunderland expiring. Last season, he scored 26 goals in League One.

With the Black Cats failing to secure promotion, it seems Wyke could be on the move.

Sunderland are trying their best to keep him at the club, and they have offered him a fresh deal.

Several Championship sides are also keen to sign the forward.

However, Celtic have joined the race and they are confident of signing him.

Signing a striker is a priority for Celtic, with Odsonne Edouard almost certain to leave this summer.

It has been reported that the French striker could be heading towards Leicester City, although there are other clubs across Europe vying for his signature.

Wyke was outstanding last season, and he could be a masterstroke signing for the Bhoys, especially on a free transfer.

Celtic are also keen to sign Mat Ryan, who is also wanted by Arsenal.