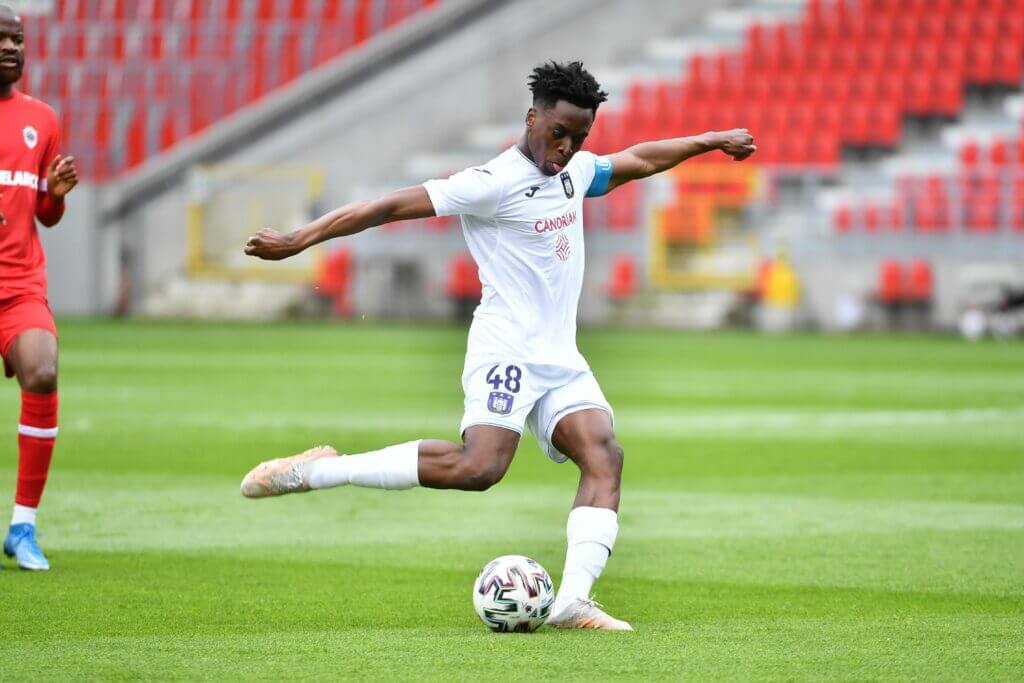 Arsenal have reportedly made a formal move for Albert Sambi Lokonga.

The Gunners are keen to bolster their midfield this summer and have stepped up their interest in the Anderlecht midfielder.

According to reports from The Athletic, the 21-year-old has been on Arsenal’s radar for some time.

He has impressed heavily in the Jupiter Pro League, making 50 first-team appearances in the past two seasons.

Arsenal recently enquired about Lokonga. They have now come up with an opening offer of €15 million (£12m), but the Belgian club want a guaranteed fee of €20m (£17m).

Arsenal need to improve their offer to secure his signature. The Athletic’s David Ornstein has claimed that ‘there is a deal to be struck’ and that Anderlecht are ‘open to a sale’.

According to Belgian publication HLN, his departure from the club is inevitable, but whether his next club will be Arsenal remains to be decided.

The highly-rated youngster is also attracting interest from top-flight clubs in Germany and France.

Midfield is one area where the Gunners will be looking to bolster this summer.

Lucas Torreira and Matteo Guendouzi are expected to leave, while Granit Xhaka is being targeted by Jose Mourinho’s Roma.

Arsenal are exploring other options. Brighton & Hove Albion midfielder Yves Bissouma has been linked frequently, while GDS claims that they could make a bid for Manuel Locatelli.

However, Lokonga is one of his country’s top talents and Arsenal should not let him slip through their fingers.