Sportslens.com
Home Blogroll Will Jose Mourinho pass the biggest test of his career so far?

For the last decade, all Jose Mourinho has been associated with is winning. Domestic leagues, champions leagues, cups, you name it, he’s won it. To put it into numbers, he has won 8 league titles in 4 different countries in the past 13 seasons. Despite also being in the news every now and then for bickering in his press conferences and bad sportsmanship, there is no doubt that he has been a consummate champion. 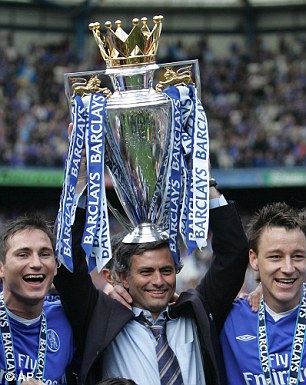 All these achievements though, pale in comparison to the task he has on his hands now. After winning the title with Chelsea last season, it seemed like he was set to lead them to a period of prolonged dominance in England. But, everything has gone wrong this term, with the Blues finding themselves in 17th place with just 4 points in 5 games.

One criticism that detractors have always thrown at Mourinho is that despite achieving huge success at every club he has been at, he has never been in it for the long-haul at any of them. Since 2002, the three-and-a-half seasons he spent at Chelsea between 2004 and 2007 remains his longest tenure at a single club.

At Porto and Inter Milan, he only stayed two years. After winning everything there was to win, bigger offers came along, from Chelsea in 2004 and Real Madrid in 2010. He duly accepted, and move on.

Everything seemed to be going very well at Stamford Bridge in the first three years of his first stint, as he won 6 trophies in all. His relationship with owner Roman Abramovitch though, became fractured beyond repair after a home draw against Rosenberg in the Blues’ first Champions League game of the 2007/08 campaign.

Dominic Fifield from the Guardian wrote yesterday how similar the situation this season is compared that to back then, as Chelsea struggle with poor league form and lack of new signings ahead of their first game in Europe. 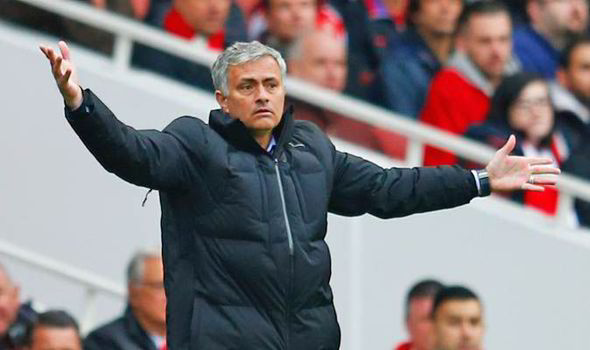 At Real Madrid too, in 2013, after his side relinquished the La Liga title to Barcelona and then suffered an extra-time defeat to fierce rivals Atletico Madrid in the Copa Del Rey final, Mourinho faced the heat from the board and the fans. Once again, he chose to step down and search for pastures new, which culminated in a return to England.

But now, he doesn’t have that option. He has gone public with his intent to stay in West London for many years to come, and difficulties like the current one are bound to come up every now and then. Even the most remote suggestions of being in trouble at his press conference ahead of the game against Maccabi Tel-Aviv irked him. If this was any other manager, Abramovitch would have probably wielded the axe. But Mourinho, of course, is not any other manager.

He is attempting to build a dynasty for the next couple of decades, and looking to be the man heading it for most of that period.

Can he turn it around?

The most discouraging thing from a Chelsea point-of-view is that in all their games thus far this season, they have got exactly what they have deserved. After losing only thrice in the whole of last season, they have already lost 3 this time, being well-beaten in each one of them. The stars from last year have failed to turn up, and the defence has been unlocked at will by opposition sides.

The talent is still there, but the motivation seems to have gone missing. This is a big test for Mourinho, and he must get the feeling of laziness and complacency out of his players’ minds. The likes of Branislav Ivanovic, Cesc Fabregas and Eden Hazard need someone to give them a slap in the face, and the manager must make sure this happens right now.

The game tonight is the perfect opportunity for Chelsea to register their first home win of the season, but the real test will come on Saturday when Arsenal come to town. Winning against Tel-Aviv is an absolute must, but the Blues must follow this up with another victory at the weekend to well and truly get their season back on track.