The transfer saga involving Sergio Ramos and Manchester United has finally come to and end. After a summer full of speculation, as reported here by reliable Spanish daily Marca, the Spaniard has decided to stay on at Real Madrid, agreeing a three-year extension on his current contract which expires in 2017. He has secured a pay rise, with his wages totalling €9 million per year, under the terms of the new agreement. The official announcement is expected in the coming weeks.

The centre-back is on tour with Madrid in China, and had face-to-face meetings with club President Florentino Perez, who managed to convince him to stay. At the age of 29, he now looks set to end his career in the Spanish capital.

Ramos will succeed Iker Casillas as the first-team captain next season at the Santiago Bernabeu, and the club will almost feel like they have a new signing. This does though, more or less end the David De Gea transfer saga as well, with the goalkeeper staying on at Old Trafford for another year at least.

Louis Van Gaal’s bid to bring in a world-class centre-back has suffered two big blows in the last week, with Nicolas Otamendi also looking set to stay at Valencia. Ramos’ snub means that the Dutchman has been unable to secure two of his biggest transfer targets of the summer.

Some very good signings have been made in midfield, with Morgan Schneiderlin and Bastian Schweinsteiger coming in, but the backline still remains a matter of big concern for United. There are less than two weeks to go for the new Premier League season to begin, and Van Gaal may be forced to go with Chris Smalling and Phil Jones again, a combination that flattered to deceive last season. 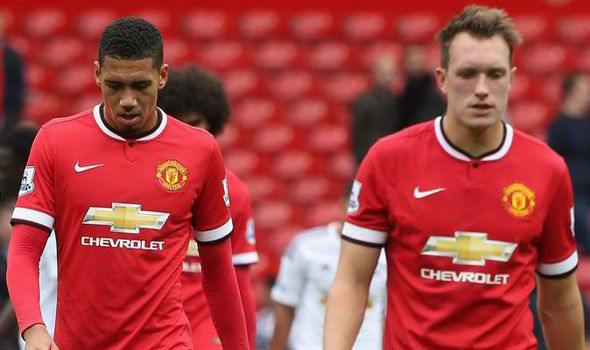 The club is fast running out of options with regards to top quality defenders who are available in the market. They could find themselves playing catch up yet again to the likes of Chelsea, Man City and Arsenal if they are unable to get someone in the one month remaining until the window shuts.