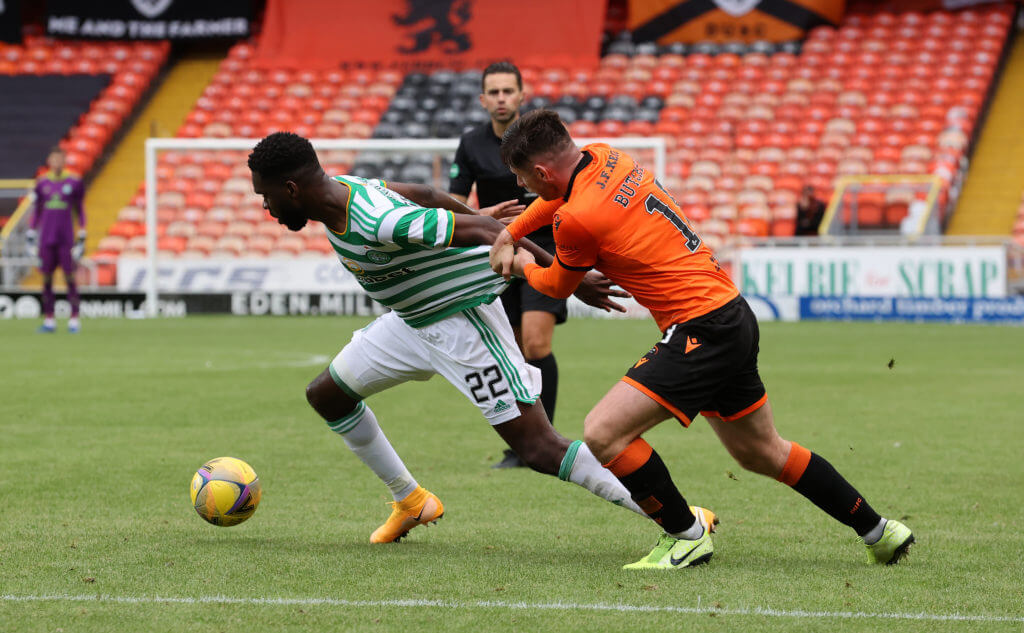 Celtic striker Odsonne Edouard has been linked with a move away from Parkhead and it seems that Premier League club Arsenal are keen on securing him as a replacement for Alexandre Lacazette.

According to the Transfer Window Podcast, the London club have now made an enquiry for the French striker who is valued at €25 million.

It will be interesting to see if the Gunners can agree on a deal with the Scottish giants ahead of the summer transfer window. The two clubs recently worked on the transfer of Kieran Tierney.

Edouard is one of the best players in the Scottish Premiership and seems ready to play at a higher level. A move to Arsenal would be the ideal step up in his career right now.

The 23-year-old has scored 20 goals and he has four assists to his name this season.

Lacazette has had a mixed time at the north London club and is expected to depart at the end of the season. Edouard could be the ideal option to replace his compatriot at the Premier League club.

The reported €25m asking price seems quite reasonable for a player of his talent. He has the potential to improve further and justify the outlay in the coming seasons.

Edouard has already proven himself in Scotland and needs to test himself at a higher level. Celtic are in a downward spiral right now and they are in need of a rebuild.

The young Frenchman needs to move for the sake of his own career and take up a new challenge in another country.

Read: Former Celtic player thinks these four players will not be at the club next season.