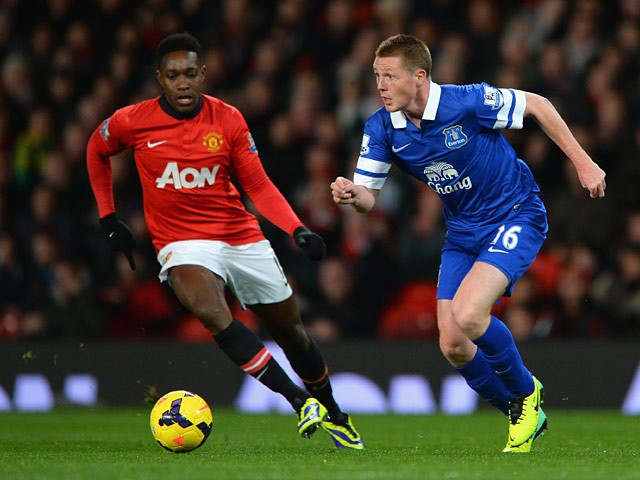 David Moyes returns to a familiar territory at Goodison Park as Everton play hosts to Manchester United in a high voltage clash on Sunday. Roberto Martinez’s side were handed a shock loss by Crystal Palace in midweek which somehow dented their Champions League aspirations.

The Toffees are currently fifth in the standings, a point behind Arsenal while Manchester United can look forward to the business end of a terrible season they have endured since last summer.

For the Red Devils, its their first outing since their Champions League exit at the hands of Bayern Munich as Moyes’ side sit nine points behind Everton. Roberto Martinez will be looking to do the double over Moyes, after his side beat United by a solitary goal from Brian Oviedo earlier in the season at Old Trafford. It was Everton’s first win at United’s home ground in 21 years.

Wayne Rooney has been declared fit for the return to his boyhood club while Robin Van Persie is still out, recovering from a knee injury. Another former Everton player Marounne Fellaini is carrying a knock while defenders Rafael and Johnny Evans face late fitness tests.

Prediction: Everton’s desire to guarantee Champions League football might just prove to be the difference in the end. I will put my money on the home side to edge by 2-1 in a closely fought encounter.