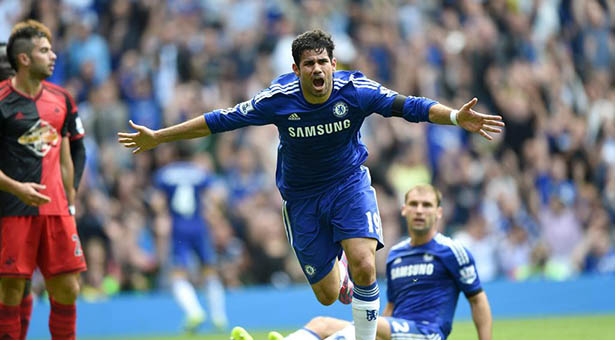 Chelsea face a tough trip to Wales as they take on Swansea City at the Liberty Stadium on Saturday. The Blues have a two-point lead at the top of the Premier League table and will be looking to extend that to five before Manchester City face a difficult home game against Arsenal on Sunday.

Chelsea have been top of the table since the first day of the season, but saw an eight-point lead at the end of November blown by the New Year. They did though, reclaim an outright margin on City once again last week with a win over Newcastle United.

The Blues’ away form of late has been something of a concern. They have won five out of ten overall, but have only succeeded in getting all three points once in their last five travels.

Their last game away from home was on New Year’s day and produced one of the most shocking results of the season. After looking to be in complete control at White Hart Lane, Chelsea capitulated defensively as Tottenham ran out 5-3 winners. Jose Mourinho will want to put things right immediately, as a solid away form is imperative if his side are to maintain their lead at the top.

Swansea are placed 9th in the table and have faded away after a fantastic start to their season. They gave Chelsea a real game in the reverse fixture, but Diego Costa’s hattrick saw the Blues run out 4-2 winners. The Swans’ own goal machine, Wilfried Bony, has left the club this week to join champions Manchester City. The Ivorian was the top-scorer in all of the Premier League in the calendar year 2014 and his absence will certainly leave a huge void.

With regards to team news, there are a couple of concerns for Chelsea, Jose Mourinho confirmed in his press conference today. Goalkeeper Thibaut Courtois is yet to recover from a thumb injury and Petr Cech is set to continue between the sticks.

Jose says Thibaut Courtois isn’t 100 per cent fit but is available for selection if necessary. #CFC

Spaniard Cesar Azpilicueta is also out with a groin injury sustained in the win over Newcastle. Filipe Luis is set to start at left-back as his replacement. Kurt Zouma started the game against Newcastle ahead of Gary Cahill. The Englishman though, is expected to return alongside John Terry for this one. Being an away game, there is a chance of Mourinho going with a slightly defensive setup by playing John Obi Mikel with Nemanja Matic in the pivot. Cesc Fabregas will be pushed further forward at the expense of Oscar.

Jose also says Cesar Azpilicueta isn’t available for tomorrow’s game but should be back in training with the squad next week. #CFC

The following is the possible Chelsea starting line-up vs Swansea City: 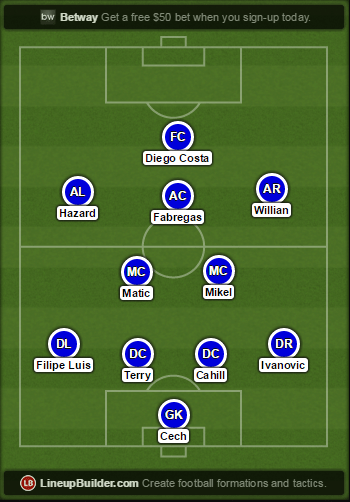 This is going to be a tough assignment for Chelsea, there is no doubt about that. Even without Wilfried Bony, the Swans are a formidable side, especially at home. The Ivorian’s absence though, means that there is no obvious source of goals for the Welsh side anymore. Mourinho will have learnt from his mistakes in the last month or so, and Chelsea are expected to put in an extremely professional performance and come away with an away win.