Blog Blogroll PHOTO: Manchester Star tells his own team-mate to shut up

It is now a well-known FACT that Robin van Persie and Klass Jan Huntelaar are not best of pals. Last night, the pair was seen arguing on the pitch and both have had their say after the match.

Holland was in action against Kazakhstan in the Euro 2016 qualifier last night when the incident happened. The home side lost bit of control after the visitors took a shock lead. With frustrations starting to creep among the players, it reached its crescendo when Van Persie hit wide of the keeper when he could have passed it on to his fellow team-mate. 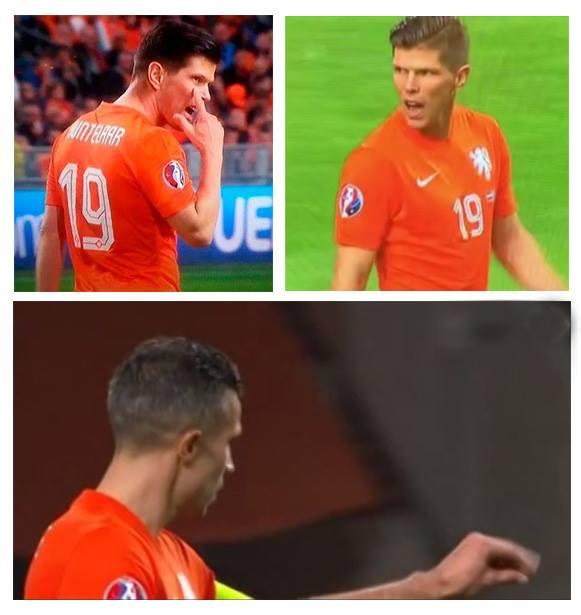 Huntelaar was seen moments later showing his frustration at his captain for not having passed him. Van Persie gestured rather rudely asking him shut his mouth.

Van Persie said after the match that it was a bit of an exaggerated reaction from Huntelaar. Grow up, boys! Check the video below