Chelsea legend Ashley Cole has landed in the Rome airport ahead of finalizing his two year deal with Italian club AS Roma.

Roma’s official Twitter account took to the micro blogging site two welcome their new acquisition who was earlier released by Chelsea at the end of last season. 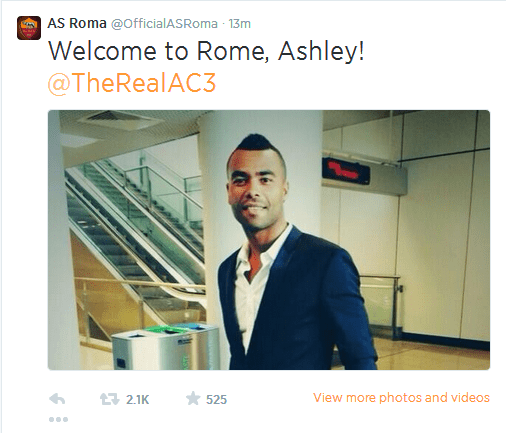 The Guardian had reported yesterday that the left back was in talks with foreign clubs and it now appears that Cole is set to join the Giallorossi on a two year old deal.

Rudi Garcia’s side had a stunning 2013-14 season finishing runners up to eventual winners Juventus in the Serie A thus booking a Champions League berth for the upcoming campaign.