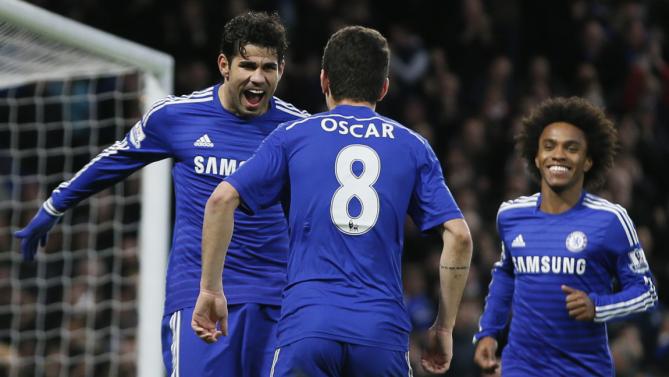 Chelsea’s lead at the top of the table had been wiped out in December after two defeats and two draws saw Man City pull level. On Saturday though, the Blues went two points clear at the top with a 2-0 home victory over Newcastle United. City, in the meanwhile, could only draw their game away at Everton.

Goals from Oscar and Diego Costa in either half saw Chelsea come out unscathed against a resilient Newcastle side, who were, quite frankly, the better side in the first half. The home side didn’t look at their best, but continued their 100% record at home this season.

Here are a few key talking points from yesterday’s game:

The victory over Newcastle and Man City’s slip-up means that the title race is back in the hands of Jose Mourinho’s men. They longer have to depend on results elsewhere. No Mourinho team over the years has ever lost out on the league after being top on New Year’s Day. Chelsea looked to be runaway winners in November, but a dismal December saw them going into yesterday’s top only on alphabetical order. 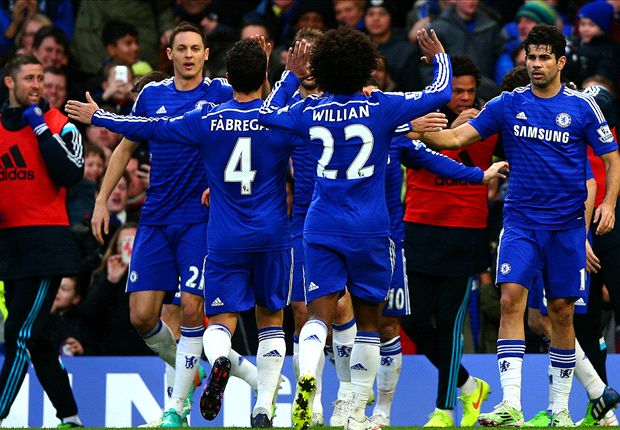 Chelsea’s home form now reads: 10 games, 10 wins. Yesterday’s shut-out was also their 5th consecutive clean sheet at home and they have no only conceded 3 times at Stamford Bridge. Out of the 17 games left, the Blues play 9 at home. This includes what we assume will be a top-of-the-table clash against City at the end of this month. If they can continue their impeccable home form and also manage to win majority of their 8 away games, they will surely be crowned champions in May.

Kurt Zouma was given his full Premier League debut yesterday alongside John Terry and in place of Gary Cahill. The Frenchman looked extremely comfortable and confident and hardly made an error throughout the game. This puts the pressure on Cahill, who has been below-par this season. The Englishman was most probably given a rest for this one rather than being dropped, but he will have to up his game to avoid being replaced.

John Terry, at 34, still looks as good as ever, while Zouma surely has a bright future ahead of him.

3) No big concerns for manager-less Newcastle:

Newcastle United came to Stamford Bridge without a permanent manager at the helm and pretty much held their own in the opening half. A slight lapse in concentration just before the break saw the concede the opener and give the initiative to Chelsea. Going forward though, it does not look like Alan Pardew’s departure from the club is going to prove to be too much of a concern. The Magpies have a fantastic group of players and should kick on to newer heights in the future.

4) The insurance of Diego Costa:

Whenever Chelsea play at home these days, a goal from Diego Costa seems inevitable. For years, Chelsea have strived to find a striker capable of scoring goals week-in, week-out and now finally, they have one.

With yesterday’s strike, a beautifully worked one at that, Costa surpassed Sergio Aguero to become the Premier League’s highest goalscorer this season with 15.