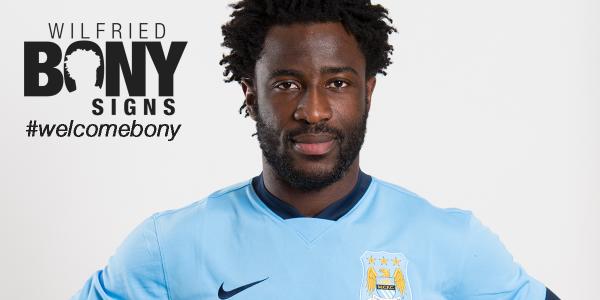 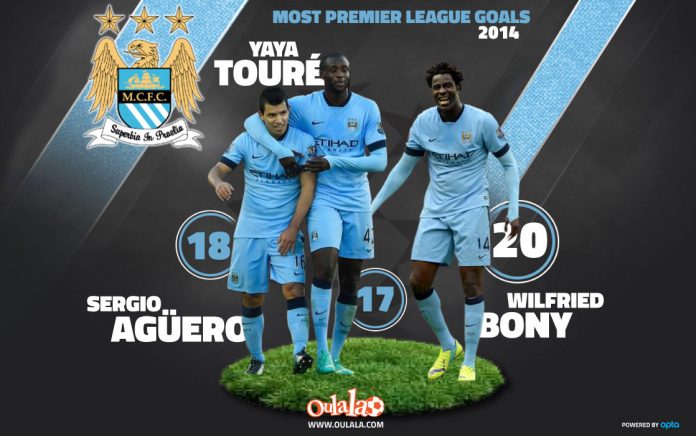 The 26-year-old scored 20 league goals for Swansea during the last calendar year. New Manchester City team-mates, Sergio Aguero and Yaya Toure, were not far behind with 18 and 17 goals each. Manchester United’s Wayne Rooney was fourth scoring 16 goals while Edin Dzeko completed Manchester City’s dominance with 14 goals in fifth.

The Ivorian’s switch to Manchester City now sees the club boast the Premier League’s most potent strike-force with four of the top five goal scorers from the last 12 months.

The striker joined Swansea in July, 2013 from Dutch side Vitesse. He took little time to adapt to English football after scoring 16 goals in 34 Premier League appearances during his first season. He has followed this up with a further 9 goals from 20 games this campaign.

The most effective Premier League striker of 2014 has been drafted in to replace Álvaro Negredo who is currently on loan at Spanish club Valencia. Bony will be challenging fellow Manchester City strikers Edin Dzeko and Stevan Jovetić for a place alongside star man Sergio Aguero in attack.

Bony is eligible to play in the Champions League, however, Manchester City’s transfer dealings have become complicated after restrictions were placed on them after the club failed to comply with Financial Fair Play rules. The club’s outlay may not exceed £50 million across the summer and winter transfer windows once player sales are taken into account. The club are confident that they will comply to FFP rulings with Álvaro Negredo’s loan move set to become permanent this summer.