Wayne Rooney picked up his first red card for Manchester United in five and a half years and will miss the next month of action through suspension for kicking Stewart Downing in United’s 2-1 win over West Ham on Saturday.

Louis van Gaal, the Manchester United manager, says that Rooney is “an example for the squad”, though one cannot help but think does he have the right temperament to lead his club during this rebuilding phase? 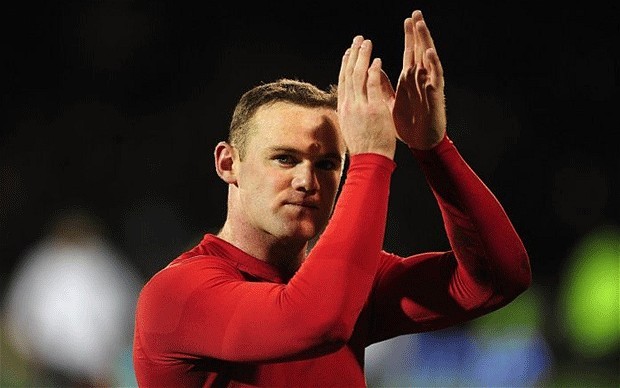 Rooney was an automatic choice for the captain’s role. In a summer where United lost several senior players like Vidic, Ferdinand, and Evra, it would have been unfair and harsh had the captaincy been given to someone else (like Robin van Persie) who is relatively new to the club.

Rooney along with Darren Fletcher are the only two players to have been at the club for over 10 years. With Fletcher’s contribution been restricted in recent years, due to his chronic health problems; this onerous task has naturally been passed on to Rooney.

He is also the club’s most valued player (highest paid) and is on course (219 goals) to beat Sir Bobby Charlton’s record of 249 goals to become the club’s all time leading goal scorer – an ideal candidate for the Manchester United’s captaincy role.

But there is also a dark side of Wayne Rooney that makes us wonder whether he is the right fit for this task – his temperament. He had cut an exasperated figure during United’s 5-3 defeat by Leicester last week where he was booked for dissent and was seen barking at his fellow team-mates. Against West Ham, he got easily frustrated again and tripped Downing unnecessarily for which he will now miss three crucial games for his club. Most importantly, he will remain absent at a time when the club needs his leader most to fire all cylinders.

A captain should lead from the front, and he should lead by examples. He should be the epitome of what the club represents for. If we look at some of the great captains of past and present – Carles Puyol for Barcelona, Paolo Maldini for AC Milan, Manchester United’s Roy Keane, Steven Gerrard for Liverpool, John Terry for Chelsea, and even Philipp Lahm for Bayern Munich – we will find all these player have been the symbolic figure for what their clubs stand for.

It’s not like these players have never been red carded before but with all of them you could associate the club as a whole. Gerrard is Mr. Liverpool and likewise Maldini is the soul of AC Milan. Same cannot be said about Rooney, whose commitment to the club has come under question several times in the last few years.

Rooney may have matured as a player, but does he have that quality in him to lead the side? To inspire others through examples? To set high standards on pitch so that others may follow his act?

It is the captain’s job to step up and instil confidence when the heads are down. It was Gerrard who gave Liverpool the belief that even a 3-0 deficit against AC Milan is not impossible to overcome at Istanbul; it was John Terry who sealed the winner against Barcelona when a quarter final exit was looming large at the Bridge; it was Keane whose heroics against Juventus not only brought United into the game and took his club to finals of the Champions League in 1999.

Mere barking at your fellow team-mates, making silly tackles out of frustrations when you should take a hard look at your own performance doesn’t instil any confidence in the team; certainly not a sign of a good and a matured leader.

Rooney is a brilliant player and a proven match winner. He has that instinctive aggression in him, but he needs to channelize it properly. He needs to set a high standard on pitch for himself so that others may follow his act; and only then, he can command complete respect, faith, and allegiance from his fellow team-mates.