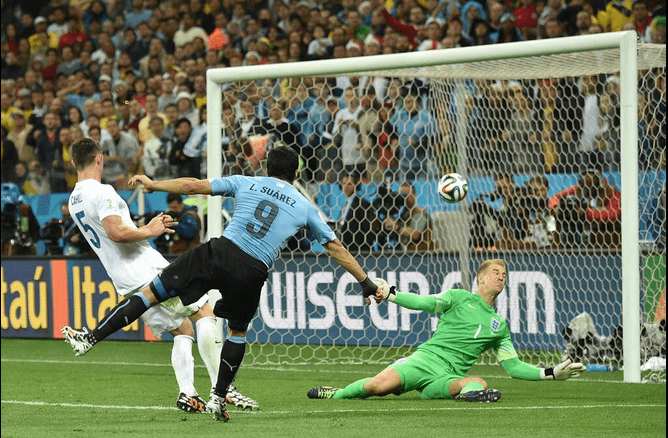 England’s World cup campaign is on the verge of disaster as Luis Suarez’s two goals handed Uruguay a 2-1 win over the Three Lions at Arena Corinthians in Sao Paulo.

England had to struggle hard for the equalizer but it did arrive following some good work from Liverpool duo Daniel Sturridge and Glen Johnson as Wayne Rooney lost his marker for a simple tap in beyond Fernando Muslera.

However, a misjudged header from England captain Steven Gerrard enabled Suarez to grab his second with a pile driver of an effort as Uruguay ran out 2-1 winners on the night.