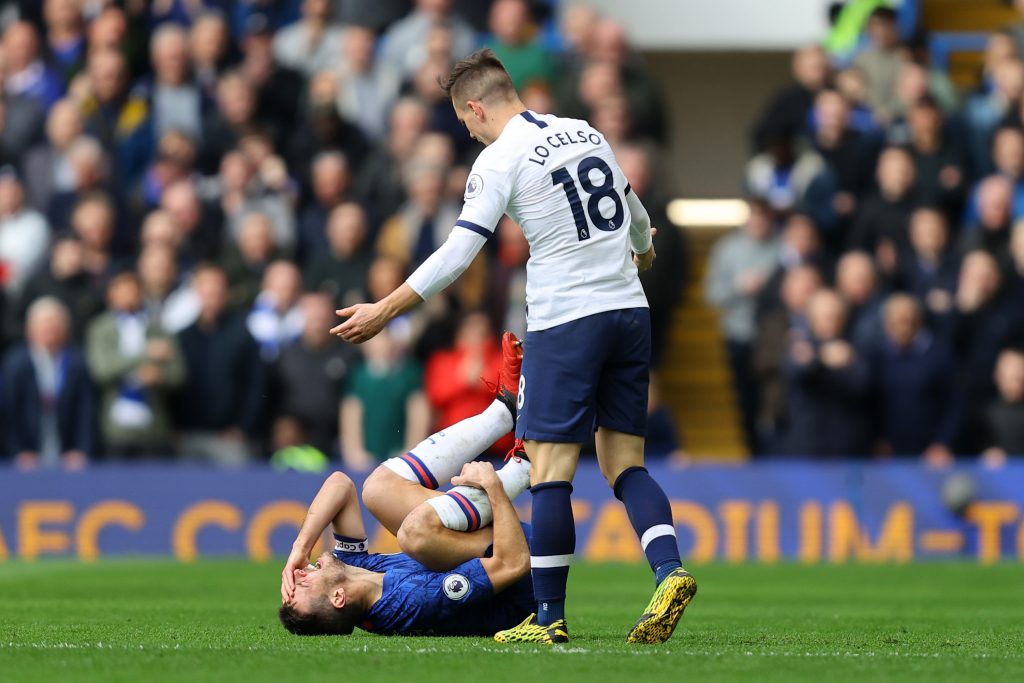 Chelsea secured a 2-1 win against Tottenham Hotspur at the Stamford Bridge on Saturday, boosting their top-four credentials after picking up valuable three points at the expense of one of their challengers for the Champions League spot.

Spurs were the second-best team all game and were lucky to have finished the game with 11 men.

Giovanni Lo Celso stamped on Cesar Azpilicueta in the second-half but somehow escaped being sent off despite VAR reviewing the incident for serious foul play.

Officials at VAR’s Stockley Park HQ admitted mid-game that a human error had been made and the Tottenham midfielder should have been sent off.

VAR David Coote has explained why he didn’t send off Lo Celso, although he later acknowledged the Spurs man should have been shown his marching orders after watching it back.

According to The Athletic’s David Ornstein, Coote’s view was that the Argentine was trying to protect the ball from Azpilicueta, who came in under him, had his leg straight.

The Video Assistant Referee didn’t believe there was the required intensity or point of contact to warrant a red card.

Coote was told by the PGMOL (Professional Game Match Officials Limited) that he should have at least instructed Michael Oliver to review the incident on the pitchside monitor before making a final call.

He didn’t apologize for his mistake and will not face any form of punishment, so he remains available for selection and was the VAR for the game between Leicester City and Manchester City later on Saturday.

A red card for Lo Celso would have dealt a huge blow on Jose Mourinho’s side as that would have meant losing him for three games.

Chelsea felt hard done by with the decision, though, and boss Frank Lampard wasn’t happy that the VAR didn’t send him off.