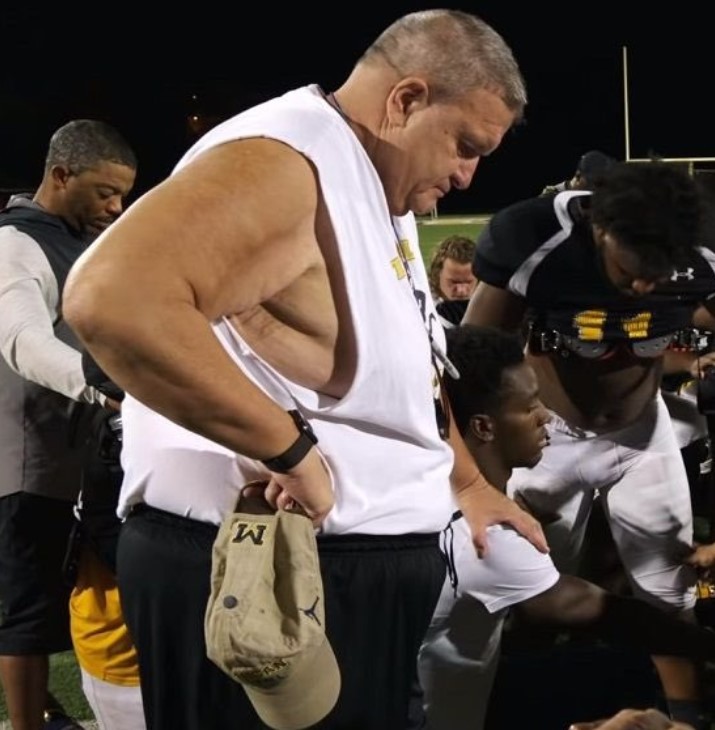 Biff Poggi has taken an unusual career path, but he is now a college football head coach. Poggi was appointed as the head coach of the Charlotte 49ers on Tuesday. It is Poggi’s first career head coaching gig at the college level after he spent a stint at Michigan as an associate head coach.

Who is Biff Poggi?

Biff Poggi is a Duke graduate who was initially a teacher. After deciding to get into finance, Poggi ran a successful multi-million dollar hedge fund. He is also one of the most successful high school coaches of all time.

Poggi’s first head coaching gig was a high school job for Gillman School in Baltimore. Poggi coached there from 1996 to 2015, a successful 19 year career saw him winning 12 conference titles.

He then headed to another high school in Baltimore, and turned St. Frances Academy into a national powerhouse. His aggressive recruiting meant that his team was unbeatable in-state and other teams in the area refused to play them. They won a championship one season because every team forfeited their games against them stating St. Frances’ players were too big.

During his time at St. Frances, Poggi endeared himself to staff and players alike. He paid the salary of his staff, and even underwrote tuition and housing for multiple players during his time there.

My boy @Hunter_Bailey45 with the mic drop info on Biff Poggi in the Observer. pic.twitter.com/1Dq43gZpZ1

In 2021, he went to Michigan as an associate head coach. He had a previous stint there in 2016 as an analyst.

Some insiders at Michigan credit Poggi with a massive helping hand in turning the program around this season.

Biff Poggi has been hired by Charlotte.

After being an incredibly successful HS coach in Maryland (nobody would play his school) he went to Michigan and was credited for being a major help in the recent turnaround.

Poggi will take over from Will Healy, who was fired after a 1-7 start to this season.

“The great momentum created by the leadership of this University and its athletics program gives us every opportunity to build a successful pathway for so many young men in our region,” Poggi said in a statement. “For me, this is a full circle moment, a chance to pay forward the wonderful opportunities that were given to me as a young man. We can build a championship program at Charlotte, and I can’t wait to get started.”

With the first piece of the coaching carousel in place, we wait and see if Charlotte’s opponents are at least willing to face them.