Reports circulating in Israel are suggesting that Liverpool’s death-faced midfielder Yossi Benayoun may be on the verge of completing a surprise switch to Chelsea over the next few days, and many of today’s papers are speculation as to the whys and what-fors of the move.

However, judging by the thumbnail, it would seem the reason is obvious – he just misses JT!

Chelsea are on the verge of completing a £6.5 million deal for Liverpool midfielder Yossi Benayoun which will see the 30-year-old move to Stamford Bridge on a four-year contract. (Daily Mail)

Chelsea and Liverpool are yet to finalise a deal for Benayoun, but the Israeli has agreed personal terms with the London club, and will undergo a medical at their Cobham training complex later this week. (Guardian)

The Blues see Benayoun as a cut-price replacement for outbound winger Joe Cole, and will pay the Israeli around £60,000-a-week – roughly half the wages that Cole was demanding. (Daily Mirror)

The departure of Benayoun is expected to trigger a mini-exodus at Liverpool, with Ryan Babel, Phillip Degen, Diego Cavalieri and Albert Riera also set to leave the club over the summer. (The Times)

Speaking of Joe Cole, Manchester United, Tottenham and Juventus are now said to be leading the chase to sign the England midfielder. (Mirror)

Manchester United have singled out £25-million-rated Juventus centre-back Giorgio Chiellini as the man they want to replace Nemanja Vidic, should the big Serb leave Old Trafford this summer. (The Sun)

Newly-elected Barcelona president Sandro Rosell is thought to be the ‘best placed’ of all the candidates to land Arsenal’s Cesc Fabregas – with some sources claiming that there are ‘tacit agreements already in place’ between Rosell and Fabregas’ representatives. (Mail)

Rosell is also to step Barca’s pursuit for Liverpool’s £70-million-rated striker Fernando Torres, and will apparently ‘stop at nothing’ to get his man. (Mirror)

Manchester City are close to agreeing a deal with Valencia for their 25-year-old winger Pablo Hernandez. (Mirror)

Manchester City target Yaya Toure has admitted that he wants to move to the Premier League, but the Barca man won’t decide on his future until after the World Cup. (Sky Sports)

West Ham are planning to replace ‘keeper Rob Green with veteran Ipswich stopper Richard Wright in a bid to cut down the club’s outgoings. (Mail)

The Hammers are also being linked with a move for 31-year-old Argentinian maestro Juan Roman Riquelme, who is out of contract at Boca Juniors and considering offers from right across Europe. (Mail)

Birmingham City are close to finalising a £5 million deal with Palermo for Italian striker Fabrizio Miccoli, which could signal the end of Kevin Phillips’ St. Andrews career. (Mirror)

Birmingham have also upped their bid for Fulham left-back Paul Konchesky to £2 million, after seeing a £1.5 million offer rejected two weeks ago. (Sun)

Wigan Athletic have approached Real Madrid in the hope of taking their third-choice ‘keeper, 23-year-old Antonio Adan, on loan for the whole of next season. (Mirror)

Celtic are trying to secure Everton striker James Vaughan on a season-long loan, but the Bhoys will face stiff competition from Derby County and Leicester City. (Mirror) 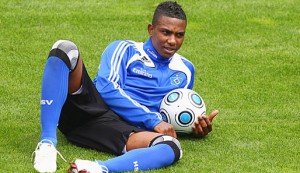 Chievo are considering offering Slovenia captain Robert Koren a contract. The 29-year-old midfielder is a free-agent after being released by West Brom at the end of the season. (Football Press)

AS Roma are chasing Cesena’s Brazilian winger Guilherme Do Prado according to the player’s agent. (Tutto Mercato) 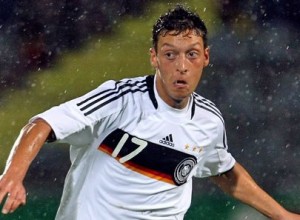 Barcelona have made young German international Mesut Ozil their top transfer target, after the Werder Bremen star ran the show in his country’s World Cup clash with Australia. (Itasport)

Espanyol have made an offer to Hapoel Tel Aviv for Nigerian ‘keeper Vincent Enyeama after his heroic World Cup display against Argentina. (Tribal Football) 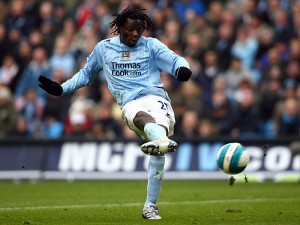