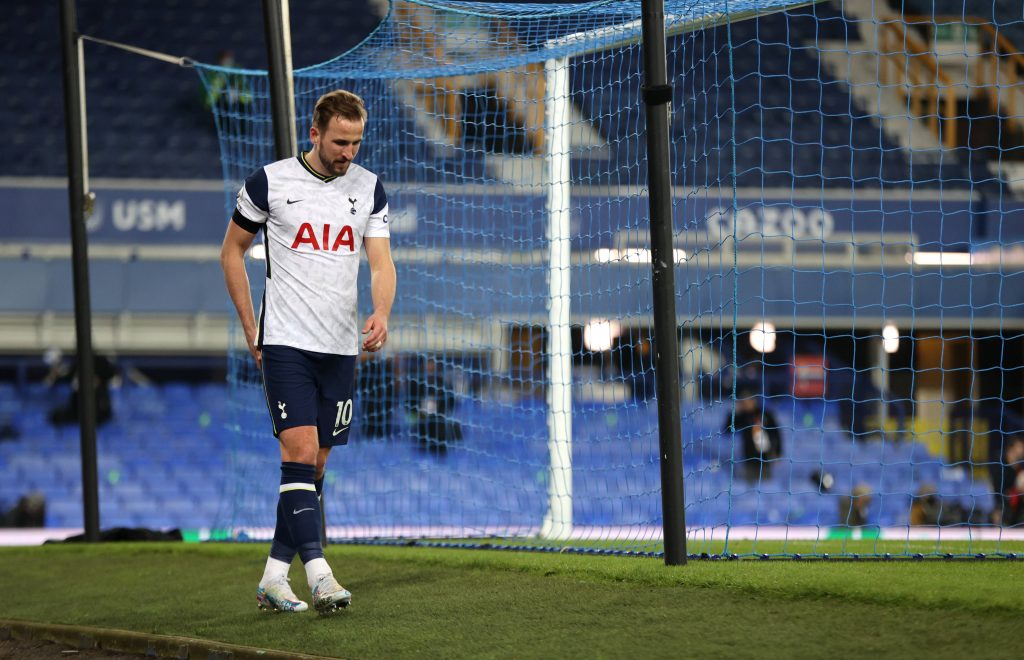 Tottenham’s interim manager Ryan Mason has suggested that Harry Kane could still be fit for the Carabao Cup final against Manchester City on Sunday.

Kane went off injured in the clash with Everton last Friday, where the two sides played out a 2-2 draw.

The manner of his injury worried Spurs and England fans alike, with the Carabao Cup fast approaching, as well as the European Championships.

However, Mason hasn’t ruled Kane out of this weekend’s game. “It’s one of those cases where we’re taking it day by day,” Mason explained, as quoted by the Daily Mail.

“He didn’t train today. We’re still not sure about the weekend yet but what we do know is that Harry is working extremely hard to get over this injury.”

SL View – Could Kane actually recover for the Cup final?

With all the information we have, there is a chance that Kane could make the game on Sunday. It will certainly make the event more watchable for the fans live streaming the League Cup final.

Instead, he walked gingerly to the team bus following Tottenham’s 2-2 draw.

That was a boost for Spurs fans, with many suggesting that the injury may not be as serious as first thought.

Mason’s comments will come as a confirmation of that, with the interim Tottenham boss failing to rule out Kane’s involvement on Sunday.

One thing is for sure – the Englishman will do everything to be fit for a game that could net Spurs their first trophy since 2008.