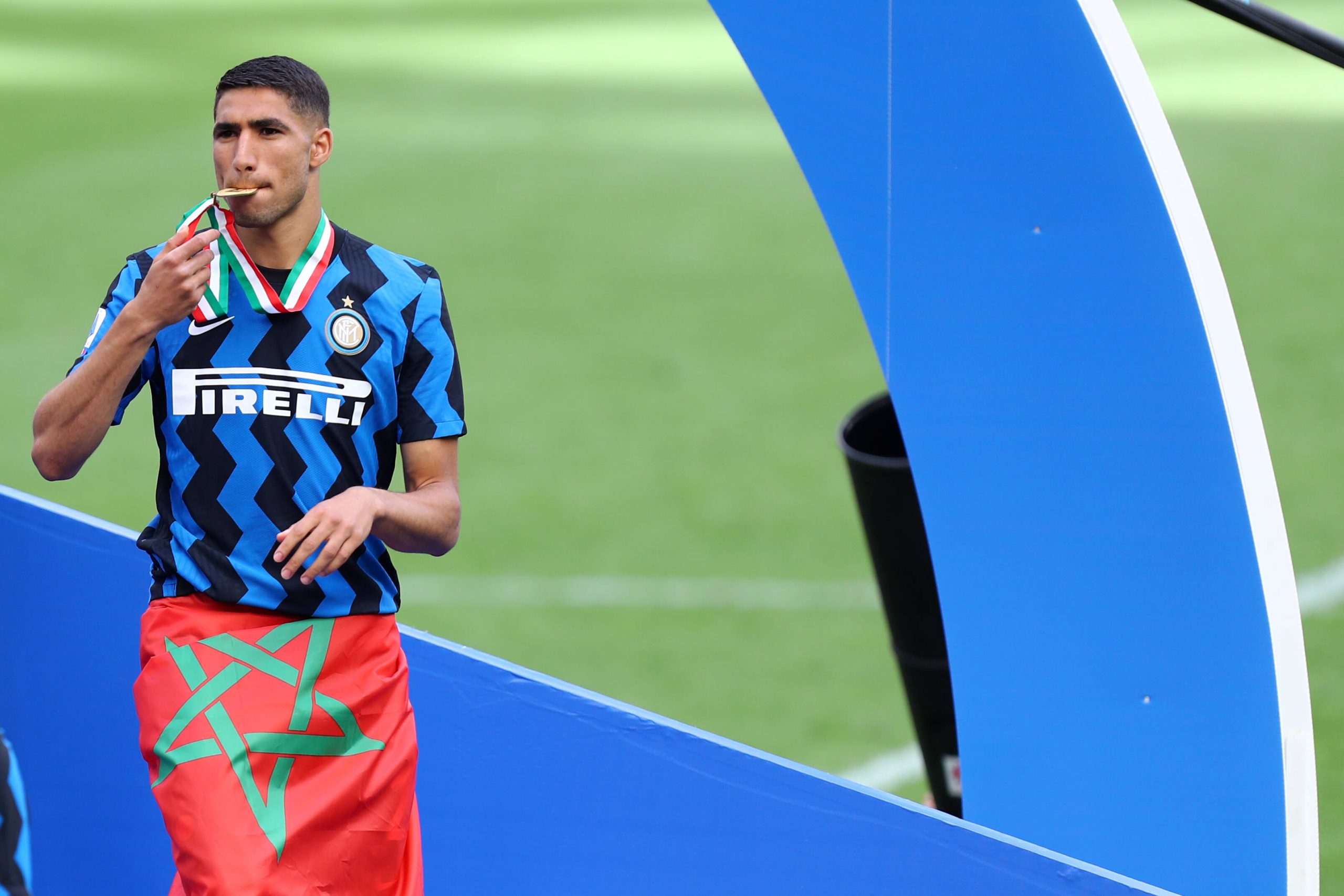 Tottenham Hotspur have been linked with a move for Inter Milan right-back Achraf Hakimi.

According to La Gazzetta dello Sport (via Football Italia), Spurs could submit a bid for the player if Antonio Conte is appointed as their new manager.

The Moroccan international has also been linked with Chelsea and Paris Saint-Germain, and it is being reported that he has a verbal agreement with the French club.

Hakimi is one of the best right-backs in European football right now and would be a sensational addition to Tottenham’s defence.

However, the defender is valued at €80 million, which may put him beyond Spurs’ reach this summer.

SL View: Immense upgrade on the likes of Aurier and Doherty

The 22-year-old was a key player for Inter this past season, and it is no surprise that he is being linked with a move to Spurs with Conte set to be appointed as manager.

Spurs need to find upgrades Matt Doherty and Serge Aurier this summer, and Hakimi would be the perfect alternative.

He contributed seven goals and 11 assists last term, highlighting there is more to his game than his defensive abilities.

Hakimi is familiar with Conte’s methods and would be able to make an immediate impact at Spurs if the transfer goes through.

However, it seems highly unlikely that Spurs will be able to afford him without a big sale.

Read: Antonio Conte has suggested 29-year-old as a target for Spurs.