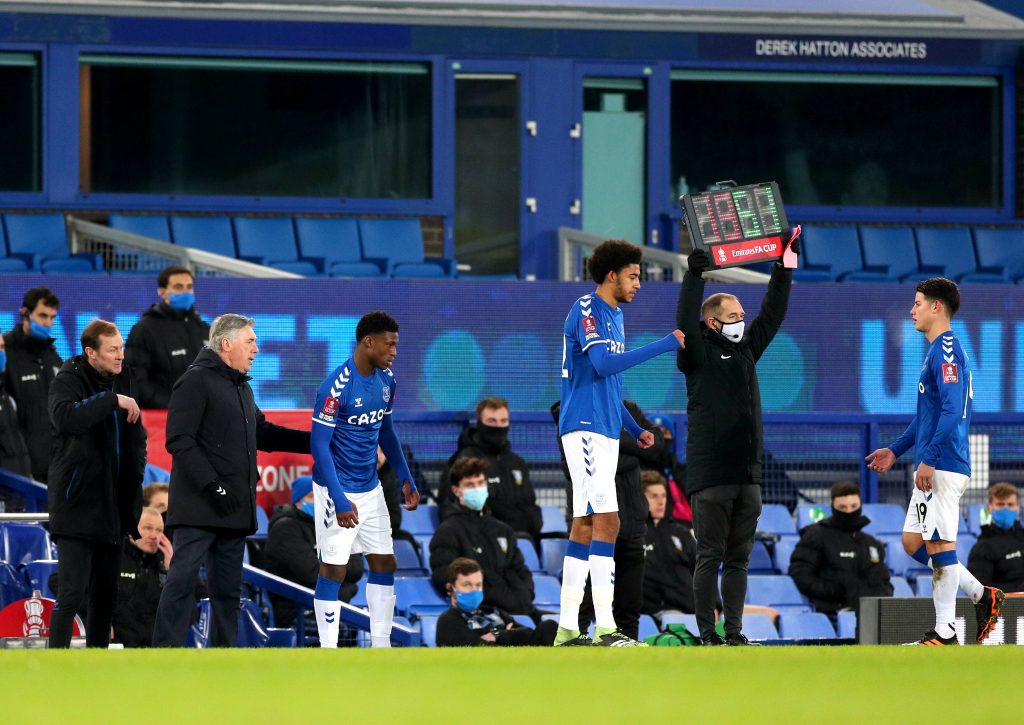 Talks between Everton and starlet Thierry Small are progressing well despite rumours about his future this week, according to a report from the Liverpool Echo.

It was suggested on Thursday that Thierry Small could be set to leave Everton over the summer.

The left-back will be eligible for a professional contract when he turns 17 in August, with suggestions this week that he could decide to sign with a club that offers more first-team opportunities.

Brighton & Hove Albion, Leeds United and Brentford were all mooted as potential destinations, with first-team chances likely to be more readily available.

However, the Liverpool Echo insist that contract talks are progressing as planned and that ‘there is no current insinuation he is considering a move elsewhere’.

It is claimed that Small and his camp are ‘relaxed’ over talks, with plenty of time to agree on a new deal before his birthday in August.

In a line that will excite Everton fans, it is also suggested that there is a ‘firm belief’ from those surrounding Small that the Englishman could reach the same level as Lucas Digne, who he sees as the best left-back in the Premier League.

This report will come as a big relief for Everton fans, who were worried about whether one of their biggest talents could be set for an exit.

However, this suggests that reports have blown the idea of a move out of proportion and that discussions are progressing as planned.

That final claim that Small could reach the level of Digne is also an exciting statement, with Niels Nkounkou set for a battle with the starlet to eventually succeed the Frenchman.

It is safe to say that Everton could be set in that position for the next ten years, should Small and Nkounkou develop as expected.