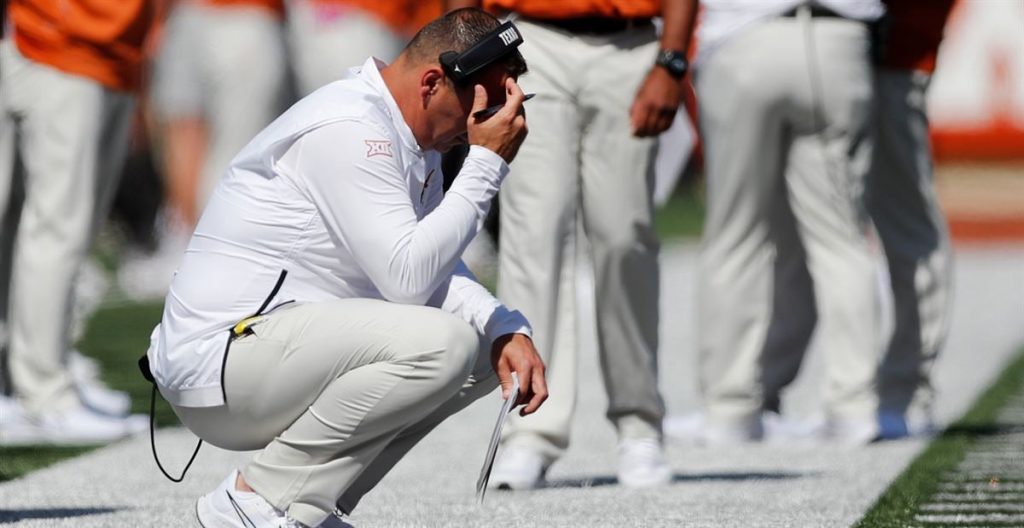 Texas Longhorns head football coach Steve Sarkisian is no stranger to controversy and this time, he’s landed himself in hot water with Longhorns fans. After the Oklahoma State loss on Saturday, Sarkisian and several of his players left the field without singing ‘The Eyes of Texas’, going against a longstanding Longhorn tradition. Sarkisian later apologized and said it would not happen again.

Texas coach Steve Sarkisian is used to controversy. He was fired from his job at USC following a bizarre string of events including being intoxicated at a booster event, and leaving campus before practice had began.

This is a little tamer in comparison, but nonetheless, he is in a bit of lukewarm water with Texas fans after Saturday’s game.

After the Longhorns defeat to Oklahoma State, Sarkisian and several of his players left the field before singing ‘The Eyes of Texas’ as is tradition.

In a press conference on Monday, Coach Sarkisian apologized to ‘Longhorn Nation’ for what he called a ‘mistake’.

Steve Sarkisian's full opening remarks today on not staying for the Eyes of Texas after the Texas loss at Oklahoma State ⤵️ pic.twitter.com/LB1fsxJQRI

“That will never happen again,” he added.

There was a lot of debate about whether the song would be sung after games or not in 2020, around the time of George Floyd’s death. Students and athletes at the time called for it to be banned, but the school said players would not be made to sing it. The university had their school research panel look into the song and determined it had ‘no racial intent’.

Sarkisian promised fans that he and the players would sing the song when he was hired.With one promise broken, Sark better get back to winning ways before the Texas fans turn on him even more.