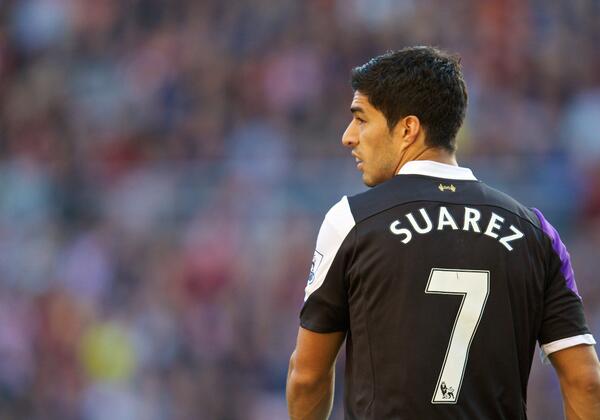 Liverpool returned to winning ways after suffering two back-to-back defeats against Southampton and Manchester United respectively. Luis Suarez made his first Premier League appearance of the season and scored a brace as the Reds convincingly won 3-1 against Sunderland at the Stadium of Light on Sunday.

Here are 10 major talking points from the match:

Liverpool have earned 7 points from possible 9 in their three away games so far. Most importantly they bounced back strongly in the league again. After their shock defeat against the Saints at home, a strong response was needed. They duly delivered.

Liverpool are 8 points better off than they were at this stage last season. And also +7 better off in terms of goal difference. Most importantly they are second in the Premier League, two points behind Arsenal. If this is not a sign of progress, then what is?

Liverpool in all their earlier matches they have been winning by a one goal margin. Apart from the Swansea match, the Reds only managed one goal in all their Premier League games, with Daniel Sturridge the lone scorer. With the return of Suarez, quality in the attacking department improved immeasurably and likewise it followed up with more than two goals in a match for the first time this season.

Brendan Rodgers said yesterday that the 3-4-1-2 formation has been particularly implanted keeping in mind to fit the two strikers together. So, is this the long-term formation for the Reds from now on?

Well, it’s hard to tell after watching one league game only. Rory Smith of The Times pointed out that the Reds are leaving enough spaces in this system. One has to understand that this is a new system designed to get the best out of the two strikers. If that primary purpose is fulfilled, the rest can be sorted out.

That brings us to… Coutinho

Victor Moses is not a no 10. And Rodgers doesn’t seem too eager to throw young Luis Alberto into the mix just yet. The system could work wonders when the Brazilian Coutinho returns from his injury. His overall work-rate (dropping deep to help Lucas and Gerrard) will add sufficient balance to the side.

Liverpool boss must think about shuffling his midfield duo. Lucas is a great midfielder no doubt but he is not providing sufficient defensive stability to the back three. He plays the very specialized role of a defensive midfielder and his primary task is to provide a safety belt to his defenders. He has struggled against teams playing high pressing game and when Cattermole & Ki dominates the midfield, one cannot help but think there are indeed some problems. Likewise, Steven Gerrard needs to raise his game too.

Henderson is proving his true worth

For those, who were unhappy with Jordan Henderson’s performance yesterday, should realize that he is a natural central midfielder who has been shifted wide. Ki & Cattermole was enjoying a great second half, run-ragged Liverpool midfield and were able to shoot from central areas. Note, the Sunderland goal has come from a long range effort from Ki only, which Emanuele Giaccherini scored on the rebound.

But, when Henderson was shifted in the centre, and Raheem Sterling was drifted wide on the right side, Liverpool regained possession in the middle and the balance in the team was restored.

Mignolet & Toure signings of the season

Counter attacking football back at Liverpool

Under Rafael Benitez Liverpool were the best counterattacking team in the entire Europe. They had a destroyer in the midfield called Javier Mascherano, an excellent pass-master in the form of Xabi Alonso and a quick runner/then-world best striker in Fernando Torres.

Neither of the three are present at the moment for the Reds. But, under Rodgers, Liverpool are slowly developing into a dangerous counter attacking side. Two of the goals scored yesterday were from counter-attacks. Though it lacked the raw pace under Rafa’s system, but it was compensated by individual brilliance and technical prowess at its very best.