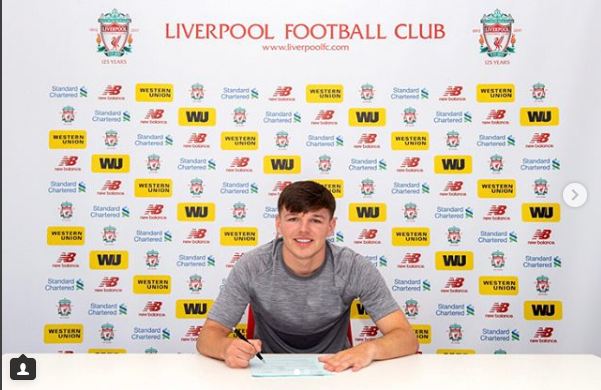 England Under 17 international Bobby Duncan has signed a contract with Liverpool, the teenager has confirmed via his official Instagram channel as reported by the Daily Mail.

Bobby Duncan is Liverpool legend and Scottish cub Rangers FC manager Steven Gerrard’s cousin. At the age of 10, he joined the academy of Manchester City and decided to leave them last year due to lack of opportunities, as per the report from the Daily Mail.

The young teenage forward spent the last season with Wigan Athletic, but he was still on the books of Manchester City, as per another report of the the Daily Mail. Bobby Duncan was a wanted man for many clubs like Tottenham Hotspur, Juventus and AS Monaco.

However, it is Liverpool, the club Bobby Duncan supported all his life have managed to land him and he has signed a three year deal with them. The forward is likely to play for the academy of the Merseyside club and he would remain hopeful of following Steven Gerrard’s footsteps and make it to the first team.

“I’m delighted to announce that I’ve signed for Liverpool Football Club. Waited so long for this day to finally come, a club I’ve grew up watching and supported all my life ….my boy hood club, my dream !!!! Now let’s get down to business #YNWA,” Bobby Duncan posted on his official Instagram page.