England captain and Liverpool player Steven Gerrard has retired from international football after representing his country for 14 years. The 34-year-old Gerrard won 114 caps and scored 21 goals during his time at the national team.

His retirement means that we [football fans] won’t see him again on the pitch, wearing England’s famous white shirt and that England will need to look for a new captain, who is able to win games for his country as England have never lost a game in which Steven Gerrard has scored in. 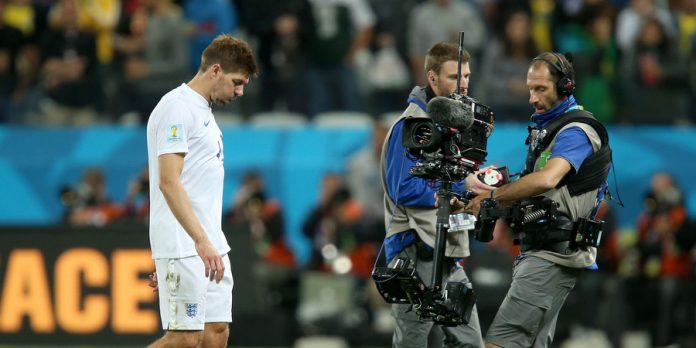 However, Gerrard will be able to continue playing at a high level for his club, Liverpool, and offer everything he has to the club of his life. Liverpool will need their captain more than ever, as the club will participate in the Champions League for the first time since the season 2009-2010.

The decision to retire from international football is probably based on the fact that Gerrard wants to focus on winning the Premier League title for the first time of his already dazzling career.

Retiring from international football to achieve something big with your club is a decision that can turn out really well. Paul Scholes retired from international duty after the Euro 2004, which resulted in a bag full of trophies: five Premier League titles, three League Cup wins, three FA Community Shield wins, winning the Champions league and Scholes even managed to win the Club World Cup after Wayne Rooney scored the only goal of the match.

Gerrard will not win that much trophies after his retirement, but adding a Premier League title to his list of honour is everything he wants and needs as he hasn’t much time left. With an age of 34 he will probably be able to play for two more years.

Having a fit and sharp Steven Gerrard means that Brendan Rodgers will be able to use him more than last season, which will result in hopefully a successful Premier League campaign as well as a good Champions League journey.