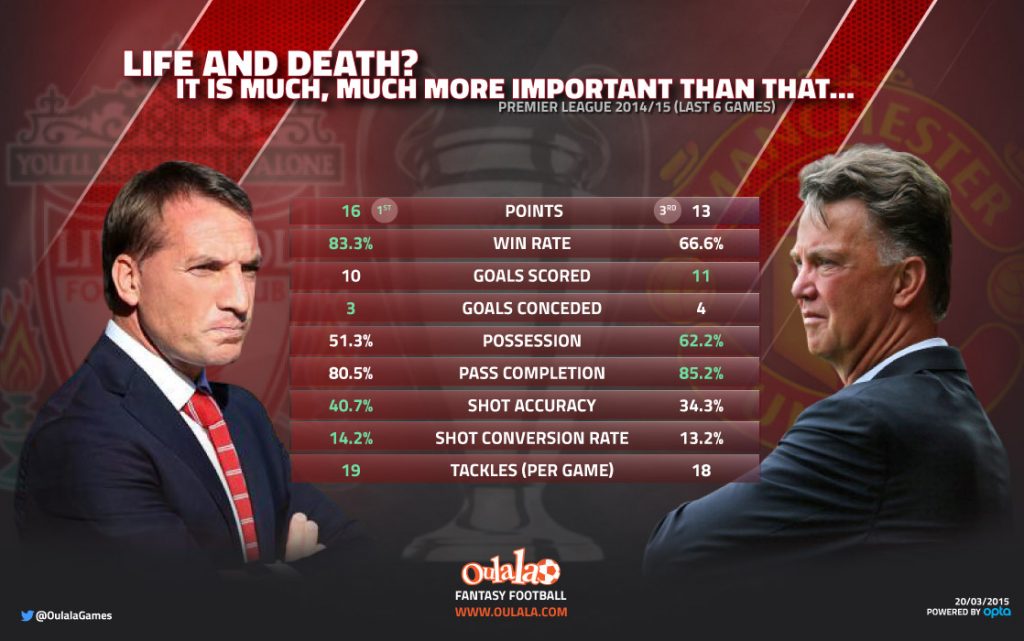 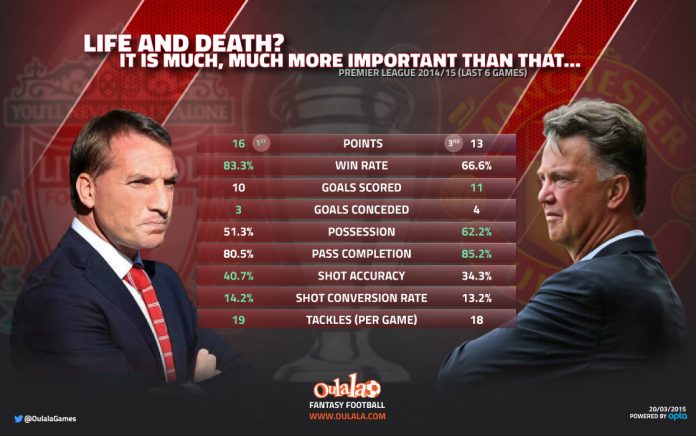 As the top four race hots up, every point becomes more and more crucial. Liverpool against Manchester United is always special but on Sunday the game will move up a notch and Opta-powered fantasy football game Oulala have analysed the recent form of both teams in an attempt to discover how it may unfold.

Both sides go in to the game in hot form making it difficult to separate them but when breaking down the stats from their last six games a more accurate assessment can be made.

Liverpool top the form table with 16 points from a possible 18 after 5 wins and a draw. United have impressed but sit two places back in third with 13 points thanks to 4 wins and a draw. Sunday’s visitors have scored one more than their hosts in their last six games (11 to 10) but have also conceded one more (4 to 3).

A more detailed look at the performance stats from the teams reveals much more than first meets the eye.

United have enjoyed much more possession in their six games than Liverpool, a big 10% swing in-fact (62.2% to 51.3%) and they have also excelled for pass completion (85.2% to 80.5%). The stats suggest that Louis van Gaal’s side dominate games far more comfortably than Liverpool do.

However Liverpool are far superior than their opponents when it comes to shot accuracy (40.7% to 34.3%). The Merseyside club also boast the better conversion rate (14.2% to 13.2%). Brendan Rodgers’ side have made a tackle more per game on average than United have (19 to 18). Liverpool’s stats demonstrate the crucial ability of having been more clinical than United.

The stats therefore suggest that Manchester United could dominate Sunday’s game, yet Liverpool are the side more likely to nick the result.