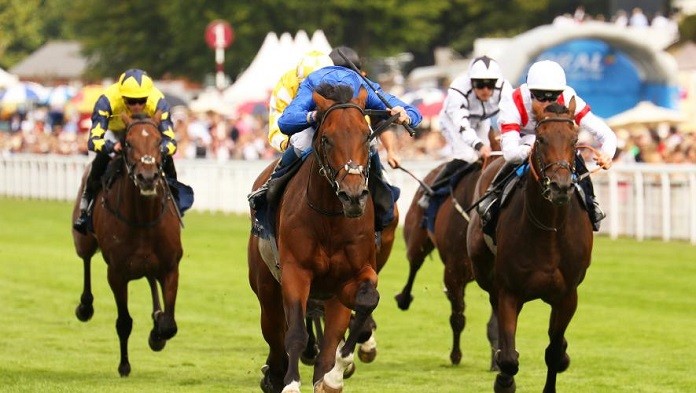 Doncaster looks set for a small field in its Classic with initial St Leger entries halved from 27 to 13 following the latest declaration stage. The extended 1m 6f Group 1 contest for three-year-olds on Saturday, 10 September has a first prize of almost £400,000 and tons of prestige but the race has already cut up.

The final Classic of the British horse racing calendar dates back to 1776 and can have up to 20 runners. Doncaster Racecourse will be lucky if 10 line up in this year’s contest, a race run on Town Moor since 1778. So many defections from the Leger including unbeaten colt Francesco Clemente have caused a significant shake-up to the market.

Already signed up for these betting offers? Look at the top horse racing betting sites and add more brilliant bookies of your choice to your gambling options.

Half of the remaining runners in the St Leger are either owned by powerful global owners Godolphin or Coolmore and their partners. A notable defection from the latter’s ranks is Changingoftheguard, who was second-favourite.

Godolphin now rely on two from four initial St Leger entries. Both are in the care of retained trainer Charlie Appleby with New London made favourite after winning the Group 3 Gordon Stakes at the Glorious Goodwood races last month. His status as the market leader has only hardened into 5/4 best and odds-on with some firms.

Great Voltigeur second Secret State could also carry the famous all blue silks in the Leger. He won a handicap at the Glorious meeting and ran well enough staying on into second from an unfavourable position at York when last in action. Secret State drifted after his defeat on the Knavesmire but is now a top-price 12/1 with BetUK and as short as 6/1 elsewhere.

Both remaining Godolphin St Leger entries have form that closely ties in with Melbourne Cup contender Deauville Legend. If that one were an entire colt and not a gelding, then James Ferguson’s stable star would be clear favourite in the ante post betting for Doncaster.

El Bodegon from that yard is another of the defections from the Leger. Epsom Oaks runner-up Emily Upjohn and Irish Derby scorer Westover also don’t accept after both flopping in the King George at Ascot in July. Some 14 horses drop out of contention in total.

Master Irish trainer Aidan O’Brien trims his St Leger entries down to five from nine. Plenty of the potential Ballydoyle representatives have questions to answer. With Group winners Changingoftheguard and Aikhal among those scratched, Lingfield Park races Derby Trial scorer United Nations is the stable’s best hope at 14/1, according to the market.

He hasn’t been seen on a racecourse all summer, however. United Nations missed The Derby, then Royal Ascot where Changingoftheguard landed the King Edward VII Stakes. There have been any number of potential engagements and opportunities since to see United Nations in action. Going to the Leger off a 126-day break would come with concerns.

Bluegrass (15/1), meanwhile, shaped like a complete non-stayer over 1m 6f in the Vinnie Roe Stakes last time out. The speedy distaff side of his pedigree means an additional half-a-furlong in the Doncaster St Leger trip simply looks beyond him. Bluegrass may be a difficult horse to place for his powerful connections.

Support has finally come for Lillie Langtry Stakes third Emily Dickinson, also a 15/1 shot with BetUK now (from 20/1). The way that she stayed on at Goodwood and finished so strongly from being caught well off the pace set by a subsequent Prix de Pomone winner in France shows she is all stamina.

Other O’Brien St Legers entries still engaged, Waterville and Anchorage are available at bigger prices. They will need to step up on minor wins and demonstrate the necessary class to win this Classic. 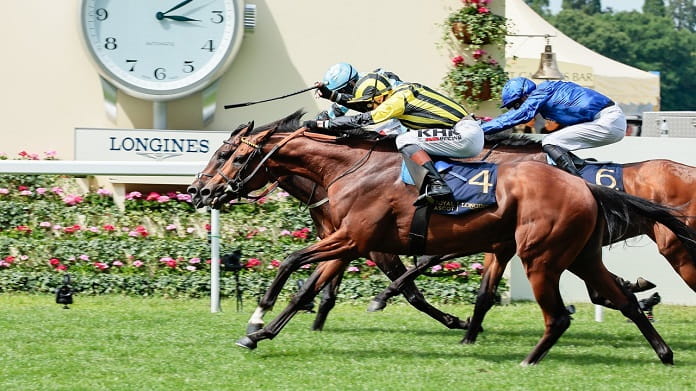 Outside of the two owner-breeder powerhouses, Roger Varian keeps faith that Eldar Eldarov (6/1 from 9/1) will benefit from going back up in trip. The Queen’s Vase hero ran a very disappointing race in the Grand Prix de Paris last time out, so needs to bounce back over the extra distance.

Zechariah (21/2 from 15/1) from the Freddie and Martyn Meade stable was just behind Eldar Eldarov at the royal meeting. He didn’t build on his fine second at the premier Ascot races today when fourth in the Bahrain Trophy but, given a longer break between runs, took the Geoffrey Freer at Newbury.

That may have been a smart bit of placing by connections, with Zechariah getting weight for age from his elders and that obviously helped him bounce back. If the Epsom Derby form is to have any bearing, then just one of the St Leger entries represents it in runner-up Hoo Ya Mal.

George Boughey’s new recruit has the option of a Goodwood run in the Group 3 March Stakes this Saturday (27 August) en route to Doncaster. The timing is a little too close to the Leger for comfort, but BetUK go 9/1 (from 12/1) about Classic success. Bookies also have Hoo Ya Mal odds-on to land the final trial if he turns up.

I’ve been championing the claims of Emily Dickinson for the Leger for some time now. O’Brien surely won’t run all five he has left in the race but she really should be one of them, given how the race panned out at Goodwood and because the winner advertised the form in France.

Godolphin, meanwhile, may unleash both New London and Secret State. The former wasn’t the best horse in the Gordon Stakes with Deauville Legend conceding a penalty and his jockey, Daniel Muscutt, dropping his reins at a key stage. New London is certainly an opposable odds-on favourite on the best betting sites for me.

United Nations is an enigma. Why haven’t we seen him all summer long? As night follows day, Lingfield Derby Trial winners go on to Epsom Downs races for a tilt at the premier Classic. United Nations must’ve had some kind of setback to keep him out of Royal Ascot and trials for this, yet remains among St Leger entries.

This race is obviously lacking depth. The new owners of Hoo Ya Mal have international ambitions for their horse, so is this a target or somewhere to run en route to an overseas destination? Bluegrass won’t stay and Eldar Eldarov is on the comeback trail. Does Zechariah have enough time since Newbury races to get over his exertions?

That’s the state of leading St Leger entries punters have to work with. We may not even be able to get a proper each way bet on after penultimate decs if the race cuts up further! Emily Dickinson and Secret State are the two worth chancing for me in an event that is supposed to produce future National Hunt sires, but looks weaker, less fashionable and more farcical with every passing year.