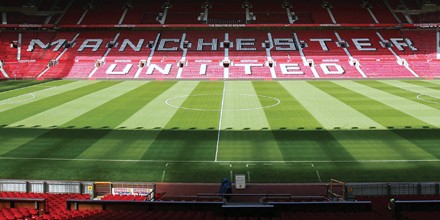 The Premier League season is over after 38 matchdays, and it will be around a hundred day wait before the 2014/15 campaign will kick off. The World Cup in Brazil will stand as a pleasant interference to the summer, which will make a change to an unpleasant season for United and fans that nobody wanted to go on for a second longer. 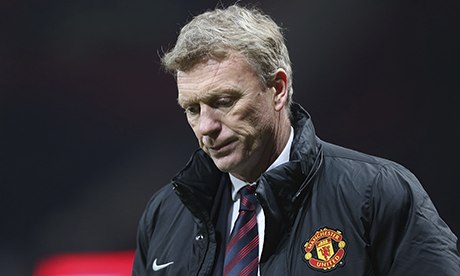 The season ended with a 1-1 draw against Southampton at St. Mary’s. In all honesty, there hasn’t been a more pointless game in recent times for United to watch or attend – yet, some were seen in the away end shamelessly doing the conga in the closing minutes of the season giving it their best ‘Is this season over already?’ look as if a season of disappointment hadn’t already exerted every ounce of energy from them. For a split second, it didn’t seem at all that this was a team that were finishing seventh, plumped to their seats with an eye for pessimism.

An unfriendly truth will only be told in a few months when Manchester United will be potentially lining up without Nemanja Vidic, Patrice Evra, Rio Ferdinand, Ryan Giggs and perhaps half a dozen more absentees. Perhaps the greatest feat of disappointment is that United won’t be playing any form of European football since ’94, also the year Sir Matt Busby passed away. From there, an unfamiliar yet exciting era for the club begins.

To add to the further misery, it will be Liverpool that take United’s position in the Champions League next season alongside Chelsea, City and Arsenal. A new exciting brand of football that has seen them play eccentric football at times, moving the ball up the field quicker than you can say ‘Anderson 4-0 Gerrard.’

For how United have played this season, the only bit of pride that they have been able to cling onto this season is the spirit of the youth and title of champions. The latter has gone, for the time being at least. Januzaj, Mata and De Gea have been the only silver linings in a horrendous season by the Red Devil’s standards, whilst the rest have been a shadow of their former selves. Moyes that.

Whilst United will be again going through another transitional season, a hope for a top calibre boss aren’t non-existent. Rather, the prospect of no Champions League football, imminent departures, millions to spend, a handful of exciting youngsters and a rebrand in the style of play doesn’t make the job look any less attractive. In fact, quite the opposite. A total concentration in 38 games to reclaim a top four spot poses as bare requirement for a manager under pressure that hasn’t even been officially appointed yet.

Patience had suddenly become engraved into ‘the United way’ of dealing with success and failures when David Moyes was appointed, but the new man coming will be seen lucky to get half of the patience that Moyes got.

A strong character calls, with a strong will to succeed. But before all that, a review to reflect over what went wrong and what should never be repeated again in a single season beckons.

Then so soon, so surely – Will the man to take Manchester United forward be Louis Van Gaal?