As football fights its financial henchman, there is a temptation to criticise the greed, naivety and incompetence that has engorged football for over a decade. With countless clubs teetering on the brink of existence, club owners and administrators are coming under increasing fire as the true nature of the financial mismanagement within football is revealed.

Since the foundation of the Premier League, English football at all levels has lived in a pseudo reality to which the normal rules of business have been totally ignored or given only passing consideration. This fairytale football land has seen contracts, bonuses and expenditure expand exponentially at a rate only tediously linked to revenues and potential returns on investment.

This television funded fairytale punishes incompetence and failure with bloated payouts and limited consequences. In this land limited revenues are no obstacle to chairman wishing to chase the leprechaun towards the pot of gold at the end of the rainbow.

Owners have been dazzled by the allure of such an ego boosting status symbol; normally solvent successful businessmen seem repeatedly unable to apply hard learned lessons to their football operations. Owners seem unable to find the balance between paying the bills, satisfying fan expectations and providing long-term stability.

This state of affairs is a corrosive force inside what was once a terrifyingly simple sport, in today’s high powered football economy something must be done to safeguard the future of the sport across all levels. Those involved in running the game must take action to nullify the threat to a nations way of life from the scourges of unaccountable ownership, suicidal spending sprees and unrestrained debt accrual.

I am keen to do my bit to help our beleaguered game and lift the looming grey skies that threaten to spoil the decade of sunshine that has made the Premier League the most popular league in the world.

Devoid of the financial knowledge required to understand the confusing football world of liquidation, administration and castration; I have put together some proverb based tips designed to guide new/potential owners through the football minefield and avert their eyes from the onrushing headlights of financial ruin.

Never a lender or a borrower be
Every business needs to borrow money from time to time, but using your club as a convenient place to create artificial debt whilst you spend your time watching an inferior, erroneously named form of rugby is not recommended, neither is allowing your team to stagnate as you argue with your co-owner about which one of you is the bigger idiot.

Board room tussles and corporate debt aside professional football is full of financial degenerates, so don’t be naive, never lend a single penny to a fellow football club. As harsh as this may sound you wouldn’t lend money to a penniless drug addict, so why would you lend it to a debt junkie football club that cannot afford to go to rehab?

Take this proverb seriously, avoid debt wherever you can and try not to be too generous when dealing with clubs, agents and other miscreants within the game. 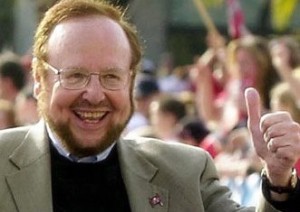 Do unto others as they would do unto you
If you are considering a course of action that will affect your club in the long term consider your actions carefully.

You wouldn’t take over a theme park, run it for a while and then burn it to the ground once you got bored or there was a line at the concession stand, so why would you do it to a football club? Treat the club you own with respect and if you can’t do right by the club do us all a favour and invest in the Stanford series instead.

You have to spend money to make money
This proverb is a misnomer and proof that football is a unique and confusing business; you will have to spend money to achieve success but in a vicious cycle of disaster the more successful your club becomes the higher expectations. The higher the expectations the more it will cost to chase the dreams and if/when you fail the club may be irreparably damaged.

Former Tottenham Hotspur owner Sir/Lord/Gaffer/Baron Alan Sugar was once reported as saying that football is the only business where it is seen as embarrassing to make money; fans will not be placated solely by financial security. There is always a new star striker to buy or new stadium to build, even producing champion performances will mean nothing if you cannot balance the books.

So remember if you can’t gift your club millions or afford to run it at a substantial loss, the very least you can do is show that you have invested time, effort and money in the club*.

Knowledge is power
It is a little known fact that If you take the time to learn your market, your fans and the names of those on your payroll, your chances of success increase dramatically*.

Too Many Cooks Spoil the Broth
You need to have good people around you to manage the unimportant bits of your club such as ticket sales, the stadium and team selection. Whilst a hands on approach is good you need to avoid the temptation to micromanage your club. Remember just because you mortgaged your mansion to buy your national team’s hero you should not force the manager to play him. This logic also applies to picking the team, or moving the club to Belgium as you want to make waffles part of your players pre-match routine*.

Power corrupts, absolute power corrupts absolutely
If you are going to make a go of this football ownership lark, you need to be the boss, the gaffer, the big cheese and top dog all rolled into one. You cannot be handicapped by the need to run decisions past a board of directors or your business partner. Areas of conflict to avoid include those concerning player purchases, and which brand of toilet roll should adorn the toilets in your office.

To succeed your power must be absolute, the buck stopping at your door, though this should not mean you can act with impunity.

For example, changing the clubs emblem may be ok if done sensitively to reflect the changing times or an event in the clubs history. However changing the emblem to your own likeness is only likely to be ok if you bare resemblance to a club mascot or fierce animal such as a centaur, lion or fallen angel. If in doubt about anything to do with the clubs identity speak to those loud fellows who occupy the seats in your stadium around 20 times a season, they will be more than willing to share their opinion.

*This action is likely to reduce the risk of mass protest, media criticism and death threats
This concludes my proverbial guide to owning an English football club and I hope that if you are thinking about buying a club these quick tips will help you become fully qualified to own an English institution avoiding the mistakes of incumbent owners across the country.

I would like to leave you with the most important advice for those wishing to invest in football (I use this term loosely).

If you want to make money in sport start a bookmaking firm, become a football agent or invest in an American football franchise. Unless you own one of the giants of world football you should dismiss the possibility of applying such a ludicrous notion to football.

This is article is an addendum to the short book I have written – The Noughties: The Golden Age of English Football. For a free PDF copy of the book email [email protected] and put ‘Book’ in the title.
Twitter: @kristiandowner