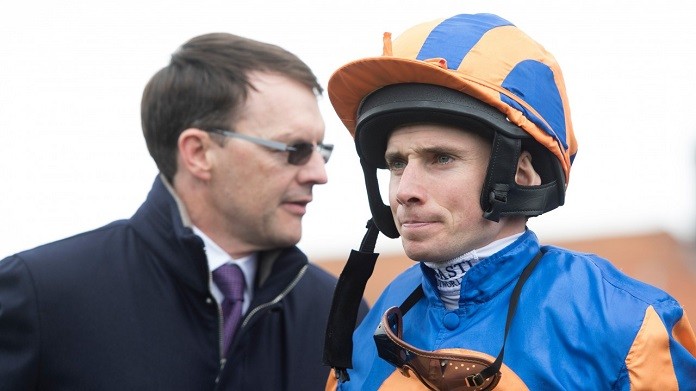 Successful Ryan Moore rides are often significant, but there was a major milestone for the jockey at Deauville on Sunday. Steering Blackbeard to victory in the Prix Morny was his 100th Group 1 winner for trainer Aidan O’Brien.

Moore’s first top level victory for the master of Ballydoyle came way back in 2009 aboard Beethoven in the Dewhurst Stakes at Newmarket. This enduring horse racing partnership has since taken Moore all over the world.

Armed with some of the best ammunition provided by owner-breeders Coolmore, namely John Magnier, Michael Tabor and Derrick Smith, O’Brien and his top jockey have simply dominated the sport on the Flat. For evidence of that, look no further than 21 Grade / Group 1 winning Ryan Moore rides for the yard in 2017 alone. 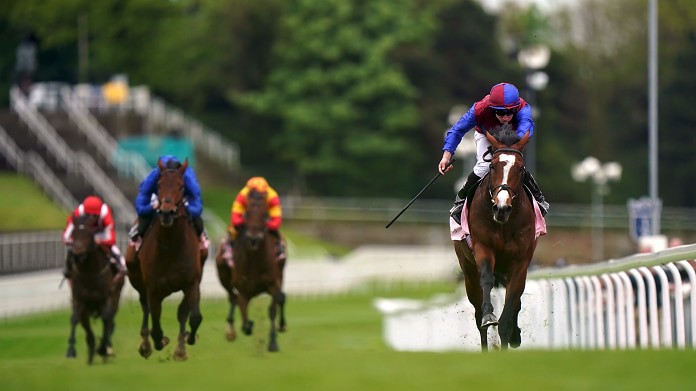 It’s tempting to look back on notable winners from the Moore and O’Brien combination and celebrate them but connections won’t dwell on the milestone. While the fantastic four of star miler Churchill (4), classy filly Love (5), the versatile and internationally successful Highland Reel (5) and Arc heroine Minding (6) gave Moore 20 Grade / Group 1 winners together, there’s the future to think of.

In that spirit, his next victory at the highest level may depend on where those Coolmore paymasters want him to go. Changingoftheguard was their best chance at Doncaster, but the latest St Leger entries don’t include him. Perhaps his frontrunning style wouldn’t have suit the long home straight and exposed a lack of stamina.

During a season where the final Classic of the campaign isn’t shaping up to be a vintage renewal, the Chester Vase and King Edward VII Stakes winner has a chance. Changingoftheguard is 13/2 second-favourite with BetUK for the Leger.

Connections may keep Moore in the Emerald Isle for the whole of Irish Champions Weekend instead. At this stage, it’s hard to see Luxembourg besting the undefeated Baaeed if shows up at Leopardstown. Even if William Haggas’ stable star doesn’t contest the Irish Champion Stakes, then there is Eclipse scorer Vadeni to contend with.

Luxembourg, who returned with a gutsy victory in the Group 3 Royal Whip Stakes after missing most of the summer with a setback, is an 8/1 shot at BetUK to land the Leopardstown spoils.

Some winning Ryan Moore rides look on the cards for the Sunday of Irish Champions Weekend at the Curragh, though. The unbeaten juvenile Meditate could take in the Moyglare Stud Stakes en route to other top level autumn tests in the UK. Those include the Cheveley Park Stakes and Fillies’ Mile at Newmarket, for which she’s 5/2 and 7/2 favourite with BetUK to win.

Also among the two-year-olds to take serious note of are Little Big Bear and the aforementioned Blackbeard. Following the latter’s win in France, O’Brien indicated Little Big Bear would step up in trip for the Vincent O’Brien National Stakes. After that, the Dewhurst Stakes at Newmarket could also be on the cards.

Little Big Bear is 2/1 market leader at BetUK for that in October. Blackbeard could also be heading to the Rowley Mile for the Middle Park Stakes next month. He looks overpriced at 7/2 with the same firm for another 6f Group 1 win after landing the Morny. The pair will be kept apart as Coolmore seek to mop up all the prize money.

Away from the juveniles, Ascot Gold Cup and Goodwood Cup hero Kyprios looks the best of Ryan Moore rides for British Champions Day at this stage. The only trouble is this race is a Group 2 on a card where all other conditions contests are Group 1s!

One thing’s for sure, this prolific combination of Moore and O’Brien doesn’t show any sign of slowing down. Before this year is out, they and their powerful backers look certain to be in the winners’ enclosure after more big races.