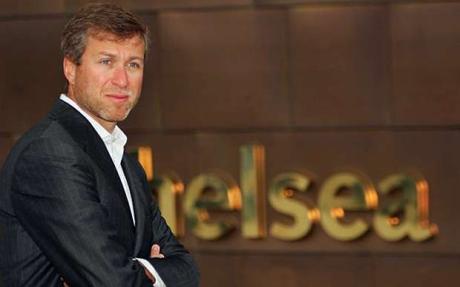 Chelsea owner Roman Abramovich is keen to utlitise the remainder of the transfer window and sign three players in order to help Jose Mourinho retain his Premier League crown.

Chelsea have begun their title defence in the worst way possible. The Blues have not only struggled on the pitch, but are now surrounded by the controversy regarding Eva Carneiro.

Chelsea were torn apart by Manchester City on Sunday and Roman is aware that the club is in desperate need of new faces.

Although Chelsea’ old guard have taken the club to great success in the past, Mourinho and Abramovich are keen to add new and young faces. The likes of Terry, Ivanovic looked out of sorts against City and are now in the firing line.

Although John Terry remains an indispensable member of the squad, it is imperative that Chelsea start to manage his game time.

Chelsea are believed to be keen on signing Everton defender, John Stones and Abramovich is willing to break the bank for the young centre back.

Elsewhere, the Blues have already sealed the transfer of Abdul Rahman Baba, who was pictured posing with a Chelsea shirt.

Chelsea have also been linked with a move for Antoine Griezmann as the marquee signing this summer. The Atletico Madrid forward recently renewed his deal with the Spanish outfit and has a buyout of 57 million pounds.

It is unlikely that any club will meet that valuation, but if Chelsea want their man, they will have to pay up.

Apart from Stones and Baba, Chelsea are in desperate need of a central midfielder, preferably a box to box one. Axel Witsel has been linked with the Blues earlier this summer.