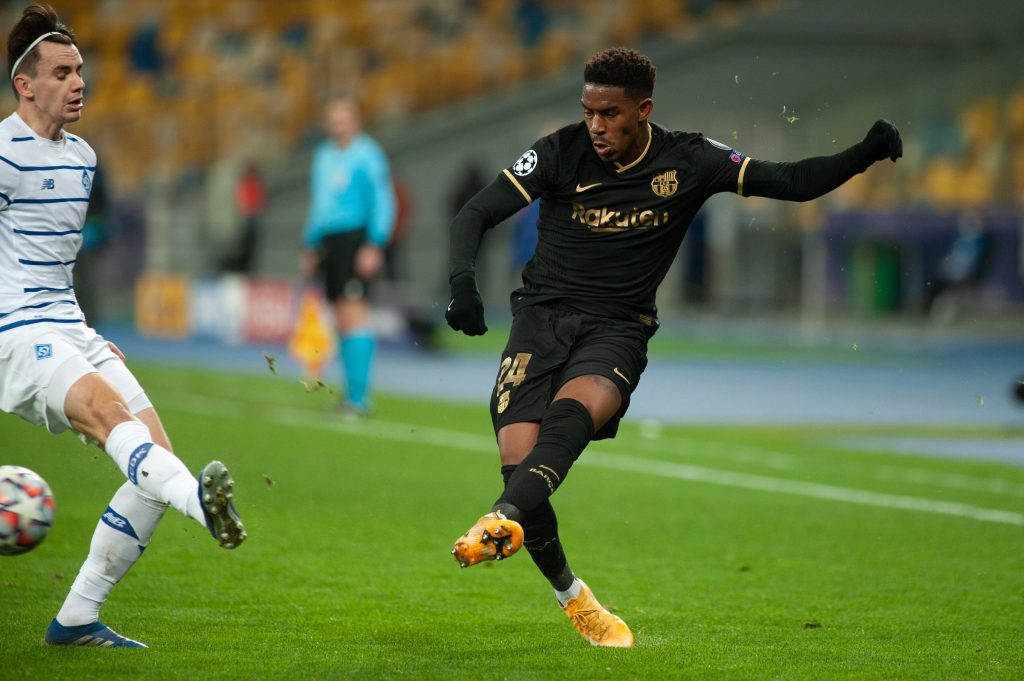 According to ESPN, West Ham United have sounded out a move for Barcelona left-back Junior Firpo as manager David Moyes looks to bolster his defence this month.

Arthur Masuaku is currently out injured, leaving Aaron Cresswell as the only available option in the position for the Hammers.

Firpo is keen to leave Barca after struggling for playing opportunities this term, and the Spanish giants are open to letting him leave if a replacement can be brought in.

AC Milan are also interested in recruiting the services of the 24-year-old, but they are only keen on a loan deal.

However, West Ham could be willing to sign him permanently, but they might have to part with a fee close to the £18 million Barca paid for his signature in the summer of 2019.

Firpo played 21 times across the La Liga and Champions League for the Camp Nou outfit last term, starting 14 times and weighing in with a goal and an assist.

He has started just twice in both competitions this term, coming off the bench seven times, and he has natural right-back Sergino Dest ahead of him in the pecking order.

While the Spaniard has struggled at Barcelona, he finished his last season at Real Betis with three goals and four assists in 24 La Liga games, and he could be a quality addition to West Ham’s backline.

Firpo can also play as a wing-back, and landing him this month could see Moyes revert to a back-three and wing-back system that worked perfectly prior to Masuaku’s injury.

Lucas Digne struggled during his time at Barcelona but has since established himself as a star at Everton and is one of the best full-backs in the Premier League right now.

Firpo could need to make a similar move and leave for greener pastures in order to start firing on all cylinders again, and a move to the London Stadium could be perfect for the out-of-favour Barcelona man.