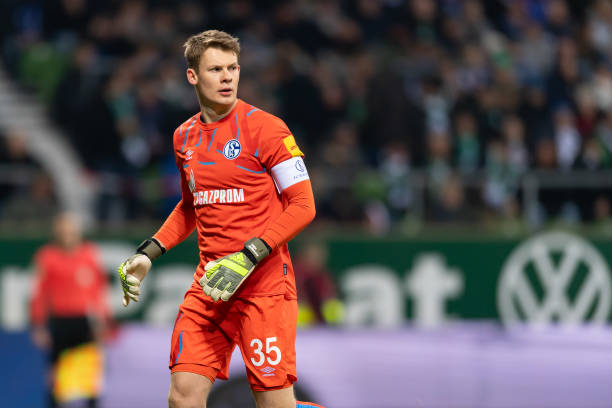 According to talkSPORT’s pundit and Bundesliga commentator Kevin Hatchard, Tottenham Hotspur are interested in Schalke 04 goalkeeper Alexander Nubel and have been monitoring him since the summer.

“One whisper has come my way…”

“They are keeping an eye on Nübel. He has got a Neuer vibe about him.” 🧤

“He was strongly linked with Bayern.”@KevinHatchard reveals #THFC are interested in Schalke’s Alexander Nübel. pic.twitter.com/0dR7evGVM1

Spurs first-choice Hugo Lloris is currently sidelined till next year due to injury, and back-up goalie Paulo Gazzaniga has been impressive so far.

With the Frenchman not getting any younger, Tottenham appear to be preparing for the future, and they reckon the 23-year-old could be a good addition to their goalkeeping department.

Nubel has been strongly linked with Bayern Munich and earned comparisons with Manuel Neuer due to his ability on the ball and commanding presence in goal, and will no doubt be a quality buy for Spurs should they go after him.

Nubel was selected by Schalke’s head coach David Wagner as the club’s new captain heading into the new season, and his leadership ability is a trait that might attract Jose Mourinho’s side going forward.

With less than a year left on his current contract with Schalke, the youngster, who has since been offered a new contract, could fancy a move to a bigger side, and it will be interesting to see if Tottenham will go after him.