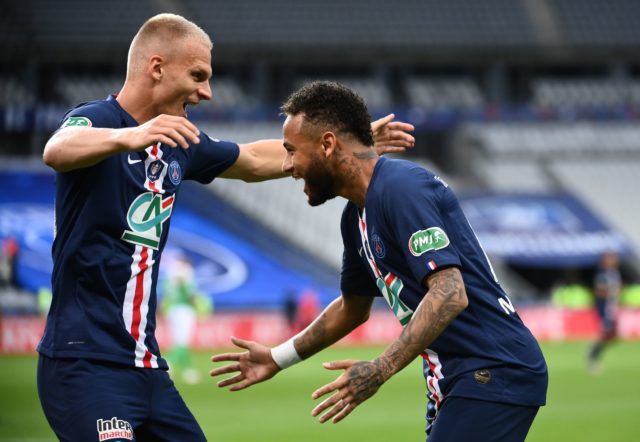 Celtic have made an attempt to sign Michel Bakker on loan from French champions Paris Saint-Germain.

According to Sky Sports journalist, Anthony Joseph, the Bhoys have made a loan bid to sign the 20-year-old left-back.

PSG have swiftly rejected the offer. However, the door is not completely closed for the Hoops, and the Euro giants are ready to renegotiate.

PSG have rejected a loan bid from Celtic for left-back Mitchel Bakker.

But it’s understood the Champions League finalists have not completely closed the door on a potential deal with the Hoops.

As reported yesterday, Celtic’s priority this window is now to sign a left-back.

According to reports from Sky Sports, Celtic’s top priority now is to sign a left-back in this window.

The Bhoys are actively looking to sign a new left-back this summer, and have earmarked Bakker as a potential option.

Boli Bolingoli’s career at Celtic looks as good as over following his unsanctioned trip to Spain earlier this season. If the reports are to be believed, he is heading towards Italy to join AS Roma.

Greg Taylor remains the only left-back option for the club at the moment, and Lennon wants to add depth and quality in that area.

The highly-rated Dutch U19 international, who came through the youth setup at Ajax, has already made his first-team debut for PSG.

He is currently the third-choice left-back at the club and PSG could be willing to let him go to Celtic.

The report adds that Celtic would also like to bolster their central defensive options as well as add a winger.

The Bhoys have made contact with Sampdoria for defender Omar Colley and Philadelphia Union regarding stopper Mark McKenzie.