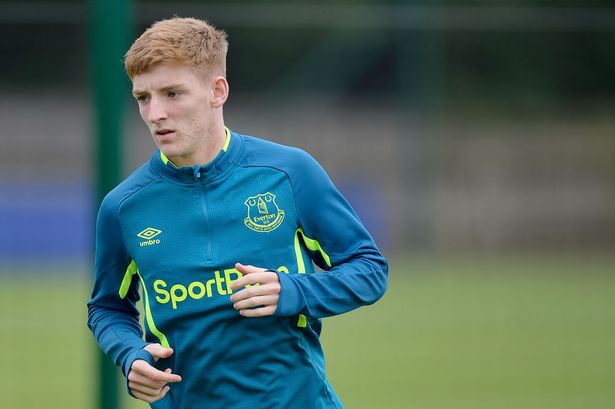 According to Greg O’Keeffe of The Athletic (transfer live blog), Celtic have made a loan approach to sign Everton’s highly-rated young midfielder Anthony Gordon.

The Bhoys have made two signings this month but Neil Lennon is still looking to bolster his midfield.

The Athletic claim that the Bhoys made a request to sign Gordon on loan for the rest of the season. However, Everton have rejected the move.

The Toffees have ‘turned down a request’ from the Bhoys for the 18-year-old midfielder.

Gordon, who made his Premier League debut in the draw with West Ham earlier this month, has been targeted by several Bundesliga clubs.

Celtic boss Neil Lennon is thought to be a keen admirer of the player, with the Hoops having watched him at several of Everton’s U-23 games last year.

However, Carlo Ancelotti feels that the youngster’s progress will be best served by staying at the club. The Italian boss has insisted that he will hand the youngster further minutes during the rest of the campaign.

Celtic are top of the Scottish Premier League table with 61 points from 23 games, five points ahead of Rangers who have played a game less.