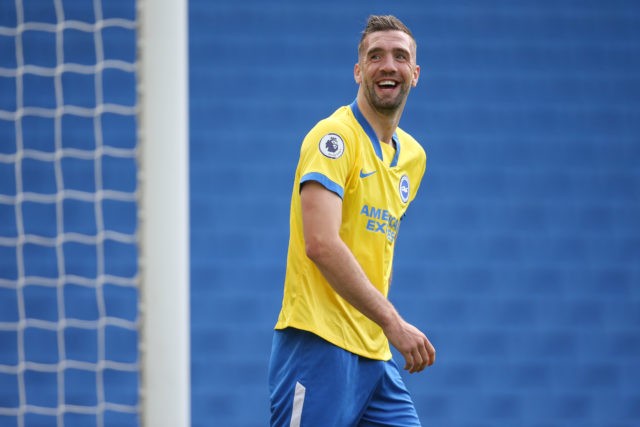 According to reports from Sunday Post, Celtic are edging closer to secure the signature of Shane Duffy from Brighton this summer.

The 28-year-old has dropped down the pecking order at the Amex Stadium, and he will be allowed to leave the club.

The Bhoys have been heavily linked with a move for the defender who reportedly earns around £40k-per-week at Brighton.

Premier League clubs West Ham and West Brom are equally interested in signing Duffy, but it seems the Bhoys are looking to snap him up.

Neil Lennon is looking to bolster the squad whose defensive frailties were exposed in the Champions League exit to Ferencvaros.

Brighton won’t oppose his departure but they want any potential club to pay £5m for the defender.

The report claims that Celtic would prefer to take the Republic of Ireland international on a season-long loan, with a chunk of his wages being picked up by Brighton.

The Seagulls are fine with that provided they receive a £2m loan fee for doing it.

Brighton have suggested a compromise, which would see Celtic sign the player permanently, but pay for him in four annual payments of £1.25m.

It seems Celtic would be willing to agree to that proposal. Should the deal go through, Duffy would become the fourth signing of the summer for the Bhoys.