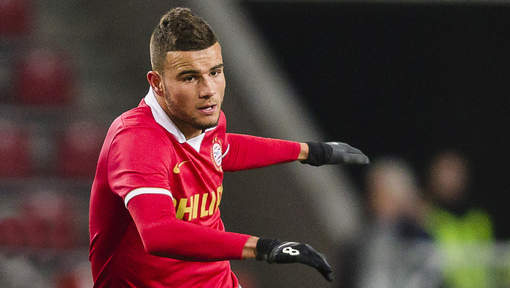 Manchester United has been a popular destination for Dutch players. In the past two decades, several players from the Dutch league have joined the iconic English club. The likes of Edwin van dar Sar, Ruud van Nistelrooy, Jaap Stam et al have had graced the hallowed turf of Old Trafford in their illustrious playing career.

With Louis van Gaal at helm, the Dutch connection with the club has been further intensified. Most recently, the club have secured their first signing of the summer in the form of Memphis Depay – the highly rated Dutch forward.

The 21-year-old joined the club for a reported fee of 23m and his arrival is a massive boost for other young Dutch players who want to become a superstar for a big European club.

“That is something I dream about [playing for Manchester United],” he told Dutch football website Onsoranje, via Eurosport.

“But my focus is now first with PSV and Dutch youth team. Let me first excel there, then the rest will follow.”

Vloet is expected to step up  to the senior grade in absence of Depay at PSV. He is only 20 and has made eight appearances for PSV senior side from the bench.