French giants Paris Saint Germain are still interested in Chelsea duo Oscar and Hazard and according to L’Equipe, the French nouveau riches consider them as potential targets to reinforce their midfield. 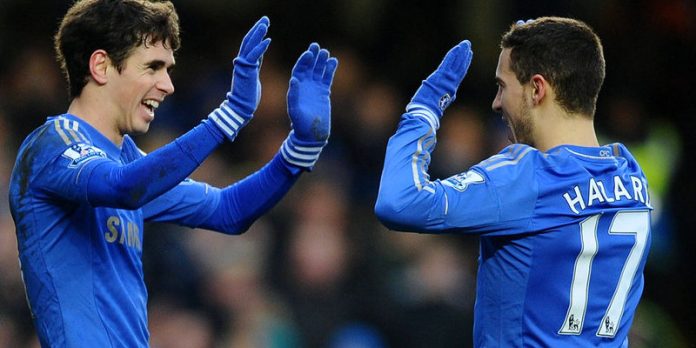 PSG had registered their interest in both the Chelsea players earlier this season. Ahead of their Champions League quarter final clash against Chelsea, PSG’s Brazilian attacking midfielder Lucas Moura stated that he would love to see Oscar joining them as Parc des Princes.

“Oscar is a very good player. A rare talent in today’s football, given his qualities. He is very complete and is very smart. We need someone like him at PSG.”

However, Jose Mourinho insisted in the era of Financial Fair play, PSG should not show the temerity to sign the Chelsea pair, but if they found a way round it, only ‘crazy’ money would tempt the club to sell.

“No. It’s not irritating. No problem,” Mourinho said, as quoted by The Guardian,

“If there is Financial Fair Play, they don’t have money to buy them.

“If there is no Financial Fair Play and they threw something crazy, £300million for both, I think Chelsea has to think about it.”

Hazard and Oscar are the future of Chelsea. They are the type of players on whom Mourinho would built the team around and no way they will be sold. PSG can simply forget about them and look for other targets.